Requiem for Steam: The Railroad Photographs of David Plowden (Hardcover) 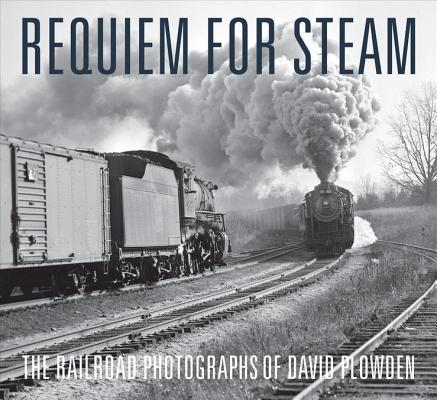 Stunning photographs by a master photographer documenting the last of the steam locomotives.

As a child, David Plowden was given a box camera, and before long he began to photograph railroad trains. As he matured and started on what would become a lifetime in photography, trains—specifically steam locomotives—became one of his passions, and then they were eclipsed by modern diesel locomotives. It is our good fortune that Plowden was on the scene at the end, documenting what would become this book, his reverent tribute to the steam era.

David Plowden is the author of more than twenty photography books, including Bridges: The Spans of North America, Vanishing Point: Fifty Years of Photography, and Requiem for Steam. He lives in Winnetka, Illinois.