The Web of Life: A New Scientific Understanding of Living Systems (Paperback) 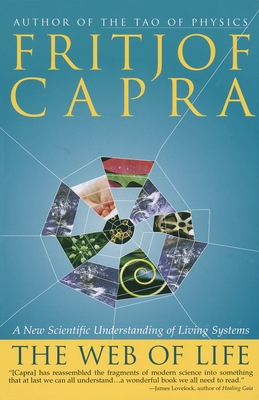 The vitality and accessibility of Fritjof Capra's ideas have made him perhaps the most eloquent spokesperson of the latest findings emerging at the frontiers of scientific, social, and philosophical thought. In his international bestsellers The Tao of Physics and The Turning Point, he juxtaposed physics and mysticism to define a new vision of reality. In The Web of Life, Capra takes yet another giant step, setting forth a new scientific language to describe interrelationships and interdependence of psychological, biological, physical, social, and cultural phenomena--the "web of life."

During the past twenty-five years, scientists have challenged conventional views of evolution and the organization of living systems and have developed new theories with revolutionary philosophical and social implications. Fritjof Capra has been at the forefront of this revolution. In The Web of Life, Capra offers a brilliant synthesis of such recent scientific breakthroughs as the theory of complexity, Gaia theory, chaos theory, and other explanations of the properties of organisms, social systems, and ecosystems. Capra's surprising findings stand in stark contrast to accepted paradigms of mechanism and Darwinism and provide an extraordinary new foundation for ecological policies that will allow us to build and sustain communities without diminishing the opportunities for future generations.

Now available in paperback for the first time, The Web of Life is cutting-edge science writing in the tradition of James Gleick's Chaos, Gregory Bateson's Mind and Matter, and Ilya Prigogine's Order Out of Chaos.