Blood on Snow: A novel (Hardcover) 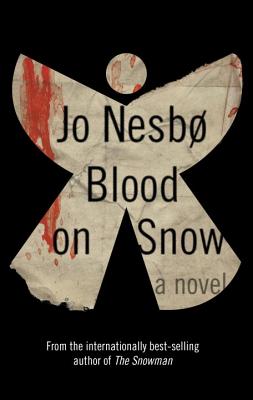 Nesbo's latest book is a departure from his usual hard boiled detective novels. It's told in the first person by Olav a hit man who works for an Oslo crime boss. Most of Olav's hits are on criminals but his latest contract is for the crime boss's wife. As the novel unfolds Olav embarks on a philosophical discourse on death and love as he decides how he's going to handle the situation.. An interesting more literary read from a favorite author.

From the internationally acclaimed author of the Harry Hole novels—a fast, tight, darkly lyrical stand-alone novel that has at its center the perfectly sympathetic antihero: an Oslo contract killer who draws us into an unexpected meditation on death and love.

This is the story of Olav: an extremely talented “fixer” for one of Oslo’s most powerful crime bosses. But Olav is also an unusually complicated fixer. He has a capacity for love that is as far-reaching as is his gift for murder. He is our straightforward, calm-in-the-face-of-crisis narrator with a storyteller’s hypnotic knack for fantasy. He has an “innate talent for subordination” but running through his veins is a “virus” born of the power over life and death. And while his latest job puts him at the pinnacle of his trade, it may be mutating into his greatest mistake. . . .

JO NESBO is a musician, songwriter, and economist, as well as a writer. His Harry Hole novels include The Snowman, The Leopard, and Phantom and he is the author of several stand-alone novels, including The Son, as well as the Doctor Proctor series of children’s books. He is the recipient of numerous awards, including the Glass Key for best Nordic crime novel.

Praise for Jo Nesbø and Blood on Snow

“[A] tangled tale with a fateful twist.” —The Boston Globe

“Nesbø’s much-heralded gifts are on display—using his talent for conjuring the chilly Munch-like atmospherics of Oslo in the winter and his eye for grisly, alarming details that slam home the horror of the evil that men do.” —The New York Times Book Review

“[An] incendiary cocktail of murder, revenge and a hitman with . . . problems.” —The Independent (London)

“Quick, entertaining. . . . [An] excursion to a slightly different corner of the criminal underworld, where death and love become tangled together in the cold, dark streets.” —Paste Magazine

“In the crowded field of Scandinavian crime fiction, Nesbø’s books stand out. . . . [He] likes to rip plots up . . . to play with the conventions of his genre.” —The New Yorker

“Noiry and pulpy: Nesbø’s gorgeously rendered images of snow, and of the titular blood on snow . . . are crying out to be filmed.” —The Guardian (London)

“[Blood on Snow] moves along swiftly in the carefully controlled voice of the killer. And before you know it, you’re in the middle of one of the wildest scenes in recent crime fiction . . . where there’s hardly any place to duck, just as in this entertaining novel, when the bullets fly.” —All Things Considered/NPR

“Nesbø is a master storyteller, gripping the reader from the first page.” —Daily Express (London)

“I am the world’s greatest living crime writer. [Jo Nesbø] is a man who is snapping at my heels like a rabid pit bull poised to take over my mantle when I dramatically pre-decease him.” —James Ellroy