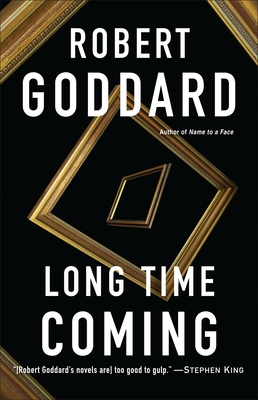 You can always count on Goddard for an intelligent thriller featuring deceit and vengeance. He doesn't disappoint in this complex story shifting between 1976 and 1940, as a young man must solve the mystery surrounding his discredited uncle's involvement in art theft, forgery and treason. — Louise Jones

Stephen Swan is amazed when he hears that the uncle he thought had been killed in the Blitz is actually alive. For nearly four decades, Eldritch Swan has been locked away in an Irish prison and now, at last, has been released. Shocked and suspicious, Stephen listens to the old man’s story and is caught up in a tale that begins at the dawn of World War II, when Eldritch worked for an Antwerp diamond dealer with a trove of Picassos—highly valuable paintings that later disappeared. Stephen, who finds his uncle by turns devious, charming, and brazen, then meets Rachel Banner, a beautiful American who may have inherited the Picassos—and is determined to see justice done for her family. But in this tale of revenge and redemption, justice is the ultimate illusion. Eldritch, Stephen, and the woman Stephen has fallen in love with soon find themselves fighting for their lives—against sinister forces still guarding a secret that must never be revealed.

Robert Goddard's first novel, Past Caring, was an instant bestseller. His first Harry Barnett novel, Into the Blue, was winner of the first WHSmith Thumping Good Read Award.  He lives in Truro, Cornwall.  Delta will publish the next Goddard novel, Found Wanting, in 2011.

"When it comes to duplicity and intrigue, Goddard is second to none."—Daily Mail

“[Robert Goddard’s novels are] too good to gulp.”—Stephen King

“[Robert] Goddard is a master of the sly double and triple cross.” —Seattle Times