The Fallen Angel: A Novel (Hardcover) 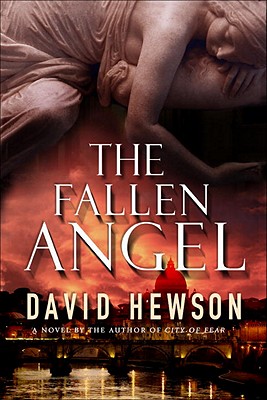 By David Hewson
$25.00
Hard to Find - May no longer be available

When an English academic working in Rome falls to his death, the police must determine the cause. In this many layered, well-crafted ninth Nic Costa mystery, Hewson works Roman history and the city itself into the fabric of the investigation. An excellent read. — Louise Jones

Acclaimed author David Hewson returns with this mesmerizing new thriller featuring Nic Costa and the detectives of Rome’s Questura. This time Costa must solve a case with roots buried deep in one of the ancient city’s most infamous episodes—a story of incest, murder, and martyrdom.

It’s August in Rome, and Nic Costa’s vacation is about to be cut short by a scream, a girl covered in blood, and a man lying dead in the Via Beatrice Cenci. It seems that Malise Gabriel, a scholar with an impressive list of enemies, stepped onto faulty scaffolding for a cigarette and fell to his death.

On the surface, it’s no more than an unfortunate accident.

But the deeper Costa looks—into the facts that don’t add up, into the haunted eyes of Gabriel’s beautiful daughter, Mina, and into the mysterious links between the present and the past—the more he’s haunted by disturbing parallels with a centuries-old crime: In 1599, Beatrice Cenci was beheaded by the Vatican for murdering her father, a man known for unthinkable sexual crimes. Does Mina’s obsession with Beatrice intimate her own family’s dark secrets, or is someone using her as a smoke screen for a far deadlier plan?

Soon another body is discovered and Nic comes to doubt his own first impressions. Something evil is circling Mina, her angry and silent mother, her runaway brother, and her family’s checkered history in England, the United States, and Italy. And now that something is closing in fast for the kill.

In a novel that captures modern Rome in all its complexity, as well as its history of beauty and barbarity, genius and blindness, The Fallen Angel is David Hewson at his best—a twisting and twisted contest between innocence and evil.

David Hewson is the author of sixteen novels. Formerly a weekly columnist for The Sunday Times, he lives in Kent, England, where he is at work on his next crime novel, The Plague Doctor.

Praise for The Fallen Angel:

"The main story takes time to gain momentum, but once secrets begin to be revealed, there's no stopping them. Readers will have a lot of fun peeling away the book's many layers, right down to the final, closing twist." -Publishers Weekly, starred review

"...the writing is superior, and the characters engage." -Kirkus

“Will seize you and not let go until the last page has been turned.”—Douglas Preston

“Packs more twists and action into its brilliantly plotted pages than half a dozen other thrillers combined.”—Linwood Barclay