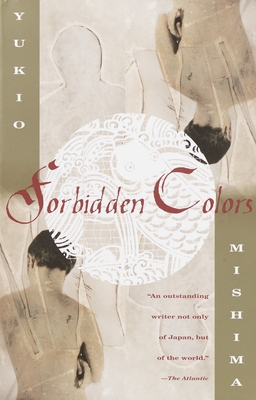 From one of Japan's greatest modern writers comes an exquisitely disturbing novel of sexual combat and concealed passion, a work that distills beauty, longing, and loathing into an intoxicating tale.

An aging, embittered novelist sets out to avenge himself on the women who have betrayed him. He finds the perfect instrument in Yuichi, a young man whose beauty makes him irresistible to women but who is just discovering his attraction to other men. As Yuichi's mentor presses him into a loveless marriage and a series of equally loveless philanderings, his protégé enters the gay underworld of postwar Japan where Yuichi is defenseless as any of the women he preys upon.

Yukio Mishima was born in Tokyo in 1925. He graduated from Tokyo Imperial University’s School of Jurisprudence in 1947. His first published book, The Forest in Full Bloom, appeared in 1944. He established himself as a major author with Confessions of a Mask (1949). From then until his death he continued to publish novels, short stories, and plays each year. His crowning achievement, The Sea of Fertility tetralogy—which contains the novels Spring Snow (1969), Runaway Horses (1969), The Temple of Dawn (1970), and The Decay of the Angel (1971)—is considered one of the definitive works of twentieth-century Japanese fiction. In 1970, at the age of forty-five and the day after completing the last novel in the Fertility series, Mishima committed seppuku (ritual suicide)—a spectacular death that attracted worldwide attention.

Alfred H. Marks (1920–2014) was a professor of early American literature at the State University of New York at New Paltz, who published works on Nathaniel Hawthorne and Walt Whitman. He served in Japan during World War II as part of the military intelligence, and was a visiting and Fulbright scholar in Kanazawa in 1965. He was a translator of modern Japanese literature, including works by Yukio Mishima.