From the Mouth of the Whale: A Novel (Paperback) 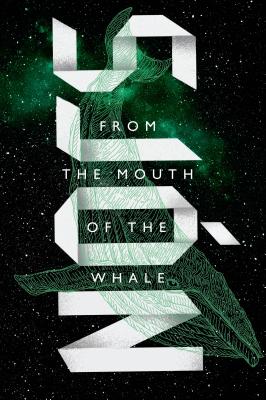 Exiled upon a lovely island for black magic, Jonas the Learned embarks upon an epic journey of the imagination. An ultimately triumphant story of the clash between science and superstition. — Charles Bottomley

From the Mouth of the Whale is an Icelandic saga for the modern age. The year is 1635. Iceland is a world darkened by superstition, poverty, and cruelty. Men of science marvel over a unicorn's horn, poor folk worship the Virgin in secret, and both books and men are burned.
Sjón introduces us to Jónas Pálmason, a poet and self-taught healer, banished to a barren island for heretical conduct, as he recalls his gift for curing "female maladies," his exorcism of a walking corpse on the remote Snjáfjöll coast, the frenzied massacre of innocent Basque whalers at the hands of local villagers, and the deaths of three of his children. Pálmason's story echoes across centuries and cultures, an epic tale that makes us see the world anew.

Born in Reykjavík in 1962, Sjón is the author of the novels The Blue Fox, The Whispering Muse, From the Mouth of the Whale, Moonstone, and CoDex 1962, for which he won several awards, including the Nordic Council’s Literature Prize and the Icelandic Literary Prize. He has also been short-listed for the International IMPAC Dublin Literary Award and the Independent Foreign Fiction Prize, and his work has been translated into thirty-five languages.

In addition, Sjón has written more than seven poetry collections, several opera librettos, and lyrics for various artists, including Björk. He was nominated for an Oscar for his lyrics in Dancer in the Dark, and he cowrote the script of the film The Northman with its director, Robert Eggers. In 2017 he became the third writer – following Margaret Atwood and David Mitchell – to contribute to Future Library, a public artwork based in Norway spanning one hundred years.

He lives in Reykjavík, Iceland.

“Sjón is the trickster that makes the world, and he is achingly brilliant. From the Mouth of the Whale is strange and wonderful, an epic made mad, made extraordinary.” —Junot Díaz

“Hallucinatory, lyrical, by turns comic and tragic, this extraordinary novel should make Sjón an international name. His evocation of seventeenth-century Iceland through the eyes of a man born before his time has stuck in my mind like nothing else I've read in the last year.” —Hari Kunzru