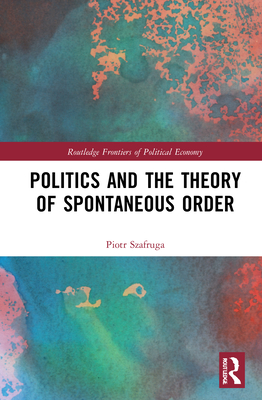 The theory of spontaneous order conceptualises and explains a number of institutional and social phenomena that are not an intended effect of either individual decisions or a collective consensus but an unplanned outcome of interactions between people pursuing their own aims. Drawing on these insights, this book demonstrates the utility of the theory of spontaneous order in explaining many phenomena in political economy and political science.

This book marks a valuable contribution to the literature on political economy, political science, public choice and political philosophy.

Piotr Szafruga holds a PhD in political science from the Institute of Political Science and International Relations of the Jagiellonian University, Poland.