Hunting the Faster Than Light Tachyon, and Finding Three Unicorns and a Herd of Elephants (Paperback) 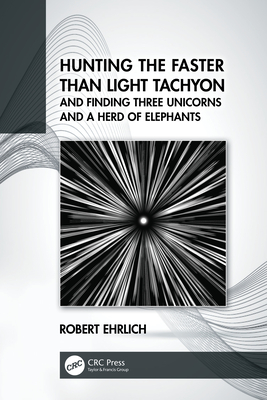 In 1905, Albert Einstein declared speeds greater than light to be impossible. This book describes the author's decades-long search for the hypothetical subatomic particles known as tachyons that violate this principle.

This book is a scientific detective story. The crime is speeding--that is, the possible breaking of the cosmic speed limit, namely the speed of light, as stipulated by Einstein. This detective story is also a memoir written by a member of a band of "tachyon hunters." The author's pursuit of tachyons has been met with skepticism from most physicists, who note correctly that no such superluminal particles have ever been surely observed and that there have been many false sightings. Nevertheless, considerable circumstantial evidence for tachyons has already been published and an ongoing experiment could decide the issue in the next few years.

This book is written for the general reader, containing humor and eliminating jargon whenever possible, and will also be of interest to scientists. The hunt for the tachyon will fascinate all readers who approach the study of physics with curious and open minds.

Robert Ehrlich is an American physicist who holds a PhD in physics from Columbia University, where he participated in the Nobel prize-winning muon neutrino experiment. He retired from George Mason University in Fairfax, Virginia, having served 15 years of his 36 years there as physics and astronomy department chair. Dr. Ehrlich is a fellow of the American Physical Society, and his primary area of scholarship is particle physics. He is also well known for his contributions to science education, particularly with simple physics demonstrations, renewable energy, and computer applications in physics education. His 20 books have been translated into six languages.