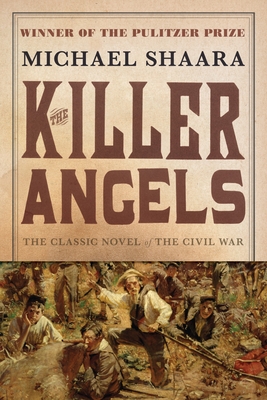 “My favorite historical novel . . . a superb re-creation of the Battle of Gettysburg, but its real importance is its insight into what the war was about, and what it meant.”—James M. McPherson

In the four most bloody and courageous days of our nation’s history, two armies fought for two conflicting dreams. One dreamed of freedom, the other of a way of life. Far more than rifles and bullets were carried into battle. There were memories. There were promises. There was love. And far more than men fell on those Pennsylvania fields. Bright futures, untested innocence, and pristine beauty were also the casualties of war. Michael Shaara’s Pulitzer Prize–winning masterpiece is unique, sweeping, unforgettable—the dramatic story of the battleground for America’s destiny.

“My favorite historical novel . . . a superb re-creation of the Battle of Gettysburg, but its real importance is its insight into what the war was about, and what it meant.”—James M. McPherson

“Remarkable . . . a book that changed my life . . . I had never visited Gettysburg, knew almost nothing about that battle before I read the book, but here it all came alive.”—Ken Burns

“Utterly absorbing . . . Shaara fabulously, convincingly brings characters such as Robert E. Lee to life and makes the conflict all too real.”—Forbes

“Shaara carries [the reader] swiftly and dramatically to a climax as exciting as if it were being heard for the first time.”—The Seattle Times