The Three: A Novel (Hardcover) 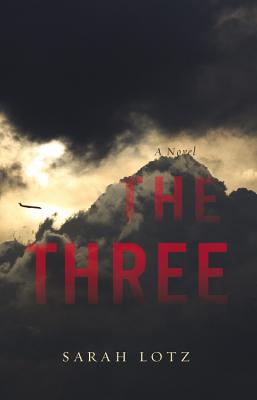 Fans of The Stand, rejoice! When four planes crash in one day (completely unrelated and unknown circumstances) religious fanatics dub the child survivors as the harbingers of the apocalypse. A wild accusations, and yet through compiled interviews and articles, it becomes eerily believable. Incredibly suspenseful and thought provoking. Couldn't put it down! — Amelia Stymacks

Four simultaneous plane crashes. Three child survivors. A religious fanatic who insists the three are harbingers of the apocalypse. What if he's right?

The world is stunned when four commuter planes crash within hours of each other on different continents. Facing global panic, officials are under pressure to find the causes. With terrorist attacks and environmental factors ruled out, there doesn't appear to be a correlation between the crashes, except that in three of the four air disasters a child survivor is found in the wreckage.

Dubbed 'The Three' by the international press, the children all exhibit disturbing behavioural problems, presumably caused by the horror they lived through and the unrelenting press attention. This attention becomes more than just intrusive when a rapture cult led by a charismatic evangelical minister insists that the survivors are three of the four harbingers of the apocalypse. The Three are forced to go into hiding, but as the children's behaviour becomes increasingly disturbing, even their guardians begin to question their miraculous survival . . .

Sarah Lotz is a screenwriter and novelist with a fondness for the macabre and fake names. She lives in Cape Town with her family and other animals.

"The Three is really wonderful, a mix of Michael Crichton and Shirley Jackson. Hard to put down and vastly entertaining."—Stephen King

"Lotz is a ferociously imaginative storyteller whose twisty plots will kick the stairs out from under you. She's a talent to watch."—Lauren Beukes, author of The Shining Girls

"A spellbinding tale of science fiction, religious fervor and media madness that makes us wonder who, exactly, are the monsters."—The Washington Post

A "fascinating and deeply creepy novel . . . [Lotz] spins a tail of disaster and fanaticism that is both entertaining and scarily realistic. The Three is the real deal: gripping, unpredictable and utterly satisfying."—BookPage

"This absorbing novel seems at times like a descendant of Lost: an irresistible premise involving a plane crash, a superb feel for the uncanny . . . Across a clever range of forms, including Skype interviews, tape recordings and transcripts from Internet forums, the truth slowly emerges. The Three is nicely researched and hard to put down."—USA Today

"Lotz does an excellent job of building suspense...THE THREE provides plenty of assurance that Lotz is a new horror writer who can inject some much needed originality and gusto into the genre."—The San Francisco Chronicle