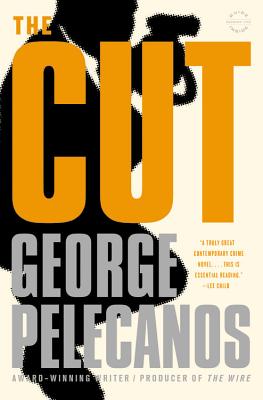 Crime fiction writer George Pelecanos introduces Spero Lucas, an anti-hero making his place in the world one battle at a time. Includes a bonus work of short fiction focusing on Spero's early life.

Spero Lucas has a new line of work. Since he returned home to Washington, D.C. after serving in Iraq, he has been doing special investigations for a defense attorney. He's good at it, and he has carved out a niche: recovering stolen property, no questions asked. His cut is forty percent.

A high-profile crime boss who has heard of Lucas's specialty hires him to find out who has been stealing from his operation. It's the biggest job Spero has ever been offered, and he quickly gets a sense of what's going on. But before he can close in on what's been taken, he tangles with a world of men whose amorality and violence leave him reeling. Is any cut worth your family, your lover, your life?

The first in a series of thrillers featuring Spero Lucas, The Cut is the latest confirmation of why George Pelecanos is "perhaps America's greatest living crime writer."-Stephen King

George Pelecanos is the bestselling author of twenty novels set in and around Washington, D.C. He is also an independent film producer, and a producer and Emmy-nominated writer on the HBO series The Wire, Treme, and The Deuce. He lives in Maryland.

"As you'd expect from a writer with credit for both The Wire and Treme, Pelecanos expertly renders the streets of the US capital and succeeds where many have failed of late: creating a fully formed antihero whom readers will want to meet again."
—Shortlist

"Pelecanos is incapable of writing a book that isn't gripping, and the dialogue is of a brilliance comparable only with Elmore Leonard and George V Higgins."
—The Times

"Pelecanos keeps readers on their toes with a series of twists that confound stereotypes, drilling the plot along with breakneck prose, sassy dialogue and even shifting into a serious analysis at modern society in all its flawed glory. Exceptional."
—The Big Issue

"He's best known for writing acclaimed US TV show The Wire. But George Pelecanos has spent many years penning brilliant but under-appreciated crime novels set in Washington DC...the dialogue, characters and sense of location are superb. Pelecanos is a cut above the rest."
—Natasha Harding, The Sun