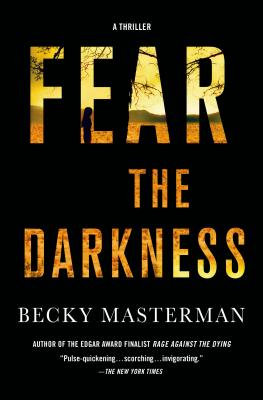 By Becky Masterman
Call or email to see if a used copy is available.
Out of Print

Ex-FBI agent Brigid Quinn returns in this dark and gritty thriller that keeps you on the edge of your seat right up to the final page. When Brigid's niece moves in with her, unsettling and disturbing things begin to happen. The logical person to blame is Gemma-Kate, but is it her or is Brigid being paranoid? ...or poisoned? ...or worse?

But sometimes it isn't that simple. When her sister-in-law dies, Brigid take in her seventeen-year-old niece, Gemma Kate. There has always been something unsettling about Gemma-Kate, but family is family. Which is fine, until Gemma-Kate starts taking an unhealthy interest in dissecting the local wildlife.

Meanwhile, Brigid agrees to help a local couple by investigating the death of their son—which also turns out not to be that simple. Her house isn't the sanctuary it used to be, and new dangers—including murder—seem to lurk everywhere. Brigid starts to wonder if there is anyone she can trust, or if the devil has simply moved closer to home.

“It's refreshing to spend time with Brigid. . . .She's flawed and stubborn, but you sure would want her on your side in any kind of battle. ” —The Plain Dealer