Betsy Ross and the Making of America (Paperback) 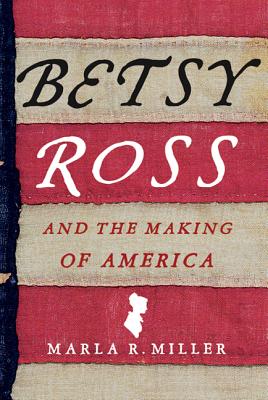 A trifecta of excellence. 1.)Brilliant story of a long and eventful life that historians thought could not be recovered. 2.) Vibrant portrait of a city in transition from the colonial period through the tumult of war and into the early republican era. 3.) Classic study of an extended family that made and remembered history. — Bill Lewis

Beyond the legend of the creation of the American flag, we know very little about the facts of Betsy Ross' life. Perhaps with one snip of her scissors she convinced the nation's future first president that five-pointed stars suited better than six. Perhaps not. Miller recovers for the first time the full story of Betsy Ross, sharing the woman as she truly was. Miller pieces together the fascinating life of this little-known and much beloved figure, showing that she is important to our history not just because she made a flag, but because she embraced the resistance movement with vigor, reveled in its triumphs, and suffered its consequences.

MARLA R. MILLER, a historian of early American women and work, has made a career uncovering the lives of women who left little in the way of a documentary record. Her books include Betsy Ross and the Making of America. She is a Professor of History at the University of Massachusetts Amherst and directs the Public History program there. She has won the Organization of American Historians’ Lerner- Scott Prize for the best dissertation in Women’s History and the 1998 Walter Muir Whitehill Prize in Colonial History.