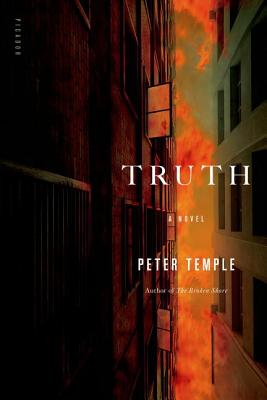 Winner of the 2010 Miles Franklin Award

Inspector Stephen Villani, head of homicide in Melbourne, Australia, has a full agenda: a murdered woman in a penthouse apartment, three men butchered in a sadistic rampage, a tattoo-faced drug dealer corrupting his rebellious daughter, a crumbling marriage. As these events begin to unfold, Villani finds himself immersed in an unfamiliar world of political scandal and ethical ambiguity, where honesty is a resource in very short supply. Peter Temple’s Truth is an intricate, beautifully written novel of suspense.

Peter Temple is the author of eight crime novels, five of which have won the Ned Kelly Award for Crime Fiction. He has worked as a journalist and editor for newspapers and magazines in several countries. He lives in Victoria, Australia.

“Temple spins a complex and powerful story with writing so top-notch that readers might be tempted to slow down and savor the prose if the plotline weren’t so compelling....Talk it up; highly recommended.” —Kelsy Peterson, Library Journal

“Temple’s elliptical storytelling—the past and the present are often interchangeable---fits the slippery subject of deeply ingrained police corruption and one man’s determination to uncover the truth.” —Publishers Weekly

“One of the world’s most respected literary crime novelists...Temple’s award-winning The Broken Shore was good; this is better.” —Barry Forshaw, The Independent (UK)

“Tautly constructed and compulsively paced...His images can catch in the mind like things glimpsed under lightning.” —The Guardian (UK)

“Raw and visceral...there is something desperately poignant and affecting in the way Temple reveals his characters’ emotional lives....I love his style.” —Kate Atkinson, author of Case Histories

Praise for The Broken Shore:


“A compulsive read . . . a grim, brutally involving crime novel [from] a master of the genre . . . It’s one of those books you can’t wait to finish and then can only regret that it’s ended.” —Daily News (New York)

“Having read the new novels of Michael Connelly and Martin Cruz Smith, I have to say that Temple belongs in their company.” —The Washington Post