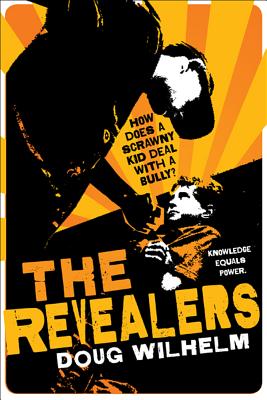 Parkland Middle School is a place the students call Darkland, because no one does much to stop the daily harassment students inflict on each other. Until now. Three students start an unofficial e-mail set-up that reveals what is happening. This is when the problems really start. Perfect read alone or to be used in classroom discussions. — Jeanette

Throwing light on a dark problem

Parkland Middle School is a place the students call Darkland, because no one in it does much to stop the daily harassment of kids by other kids. Three bullied seventh graders use their smarts to get the better of their tormentors by starting an unofficial e-mail forum at school in which they publicize their experiences. Unexpectedly, lots of other kids come forward to confess their similar troubles, and it becomes clear that the problem at their school is bigger than anyone knew. The school principal wants to clamp down on the operation, which she does when the trio, in their zealousness for revenge, libel a fellow student in what turns out to have been a setup. Now a new plan of attack is needed . . .

This suspenseful story of computer-era underground rebellion offers fresh perspectives on some of the most enduring themes in fiction for young readers.

The Revealers is a 2004 Bank Street - Best Children's Book of the Year.

Doug Wilhelm is the author of The Revealers and Falling. Born in Oregon and raised in suburban New Jersey, he studied English at Kenyon College in Ohio, then went to work as a newspaper reporter. In 1981, he left his job and traveled to Asia, where he spent two years and became a freelance writer, editor, and teacher of English in Kathmandu, Nepal. He has worked as a journalist for The Boston Globe and once wrote the words for Ben & Jerry’s ice cream containers, a job that involved getting paid to eat ice cream. He started writing for young people with a science fiction novel for the Choose Your Own Adventure series. He found he loved writing for young adults, and he’s been doing it ever since. Wilhelm often visits schools to talk about The Revealers and the issues it raises. He is six feet, ten inches tall, and lives in Rutland, Vermont.

“Braiding a different twist on the old story of getting back at the school bullies, Wilhelm has created three characters with qualities that make them targets, but also make them capable of combining efforts and mounting a terrific, innovative defense . . . Will fascinate even reluctant readers.” —School Library Journal

“[Wilhelm] shines a harsh light on many facets of bullying and never, even at the novel's rosiest moments, implies that every bully is a good kid just waiting to be redeemed. Middle-schoolers will appreciate the honesty.” —The Bulletin of the Center for Children's Books

“The promise of the modern age is that information equals power, and in Wilhelm's entertaining and thoughtful tale, that notion is put to the test.” —Publishers Weekly

“Using humor along with realistic examples, Wilhelm draws the reader into the world of middle school turmoil. An excellent book.” —SIGNAL