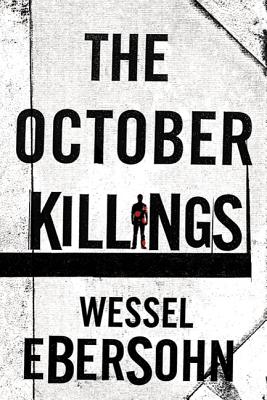 Set in South Africa. Abigail Bakula, a prominent lawyer, receives a visit from a man who fifteen years ago saved her life during a raid in which her father and others were massacred. The men who participated in the raid have been systematically murdered yearly on the anniversary of the raid. Her visitor is afraid he's next. Abigail begins an investigation and finds she also must come to terms with the raid and its aftermath. An exciting mystery and commentary on contemporary South Africa. — Sarah Knight

Abigail Bukula was fifteen when her parents were killed in a massacre of antiapartheid activists by white security forces. Because a soldier spoke in her defense, she was spared. Now she's a lawyer with the new government, and while she has tried to put the tragedy behind her, she has never forgotten that soldier. So when Leon Lourens walks into her office almost twenty years later with a story of how someone is killing off members of the team who murdered her parents, she turns to Yudel Gordon, an eccentric white prison psychologist, for help. To save Leon's life they must untangle the web of politics, identity, and history before the anniversary of the raid—only days away.

WESSEL EBERSOHN, an internationally published author, was born in Cape Town, South Africa. Those Who Love Night is the second in an outstanding new crime series that began with the widely acclaimed The October Killings.

“A brilliant novel of memory, reconciliation, and revenge. Ebersohn was always one of South Africa's best, and this new book--the beginning of, I hope, a series--shows why. . . . Definitely one of the best mysteries of the year.” —The Globe and Mail

“His horrors, rooted so closely in history, have a nightmare quality that's hard to shake.” —Kirkus Reviews (starred review)