Fever: The Life and Music of Miss Peggy Lee (Paperback) 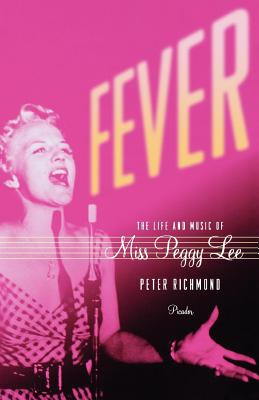 Well-researched biography of one of the most influential women in the history of American music. Despite his obvious admiration for his subject, Richmond rarely pulls his punches in recounting the many personal and professional trials, tragedies, and triumphs of Norma Deloris Eggstrom, the sad little girl from North Dakota who evolved into Miss Peggy Lee, one of the most celebrated entertainers in the world. During the course of the seven decades that comprised her remarkable career, we are privileged to meet most of the great figures in both jazz and contemporary music. With very few exceptions, they all were in awe of Peggy Lee. — Alden Graves

Drawing on exclusive interviews and never-before-seen information, Peter Richmond delivers a complex, compelling portrait of an artist that begins with a girl plagued by loss, her father's alcoholism, and her stepmother's abuse. One day she boards a train, following her muse and hoping her music will lead her someplace better. And it does: to the pantheon of great American singers.

Peter Richmond has been an award-winning reporter and feature writer for GQ magazine for two decades. He has covered everything from Rosemary Clooney to sports, and his work has also appeared in The New Yorker, Vanity Fair, The New York Times Magazine, and Rolling Stone. He has appeared many times on National Public Radio’s Morning Edition. He lives in Dutchess County, New York.

“Peter Richmond gives the great singer-composer her due. . . . A vivid montage of American pop at its peak.” —Kirkus Reviews (starred review)

“Here is a fan who has immersed himself in Lee's music deeply enough to understand it to the core. . . . He grasps every nuance of an artist who was all about nuance and minute calculation.” —The New York Times Book Review

“Richmond tells a fascinating tale of the singer's rise to stardom.” —Baltimore Sun

“This is the rare bio of a golden-age entertainer that doesn't skimp on scandal but is quadruply concerned with conveying musical brilliance.” —Entertainment Weekly

“Loaded with worthwhile detail . . . Richmond writes perceptively about Lee's various albums, never afraid to comment frankly on what worked and what did not.” —The Washington Post