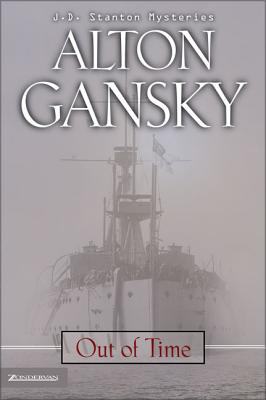 The fog released more of the ship. As he watched the bow slowly emerge, Stanton saw something that made his gut twist. "This can't be." Stanton stared at the gray-white battleship. "It's a Dreadnought."But that kind of ship ceased sailing three-quarters of a century ago.It starts as a trip to help five troubled teens, courtesy of a new Navy youth program. With retired submarine commander J.D. Stanton serving as captain and two young naval officers heading the expedition, the state-of-the-art catamaran leaves port. It's a routine voyage . . . until a mysterious storm pulls Stanton and his crew into an eerie world of swirling mist and silence. There is no sun, no moon or stars, no way to take a bearing. Electrical appliances fail. The diesel engine is sullen and unresponsive. And then, out of the mist, a ship slowly appears--H.M.S. Archer, a pre-WW1 Dreadnought.A ship missing since 1913.The antique vessel holds disturbing surprises: a ghostly crew . . . evidence of a mass murder . . . and a thousand questions. Now J.D. Stanton and his untried team must discover the answers--before this ship out of time leads them to their destruction.