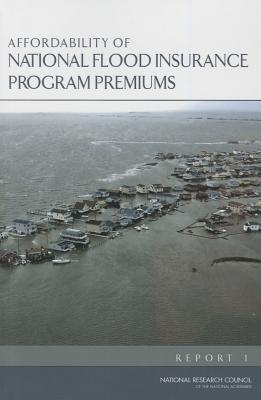 The National Flood Insurance Program (NFIP) is housed within the Federal Emergency Management Agency (FEMA) and offers insurance policies that are marketed and sold through private insurers, but with the risks borne by the U.S. federal government. NFIP's primary goals are to ensure affordable insurance premiums, secure widespread community participation in the program, and earn premium and fee income that covers claims paid and program expenses over time. In July 2012, the U.S. Congress passed the Biggert-Waters Flood Insurance Reform and Modernization Act (Biggert-Waters 2012), designed to move toward an insurance program with NFIP risk-based premiums that better reflected expected losses from floods at insured properties. This eliminated policies priced at what the NFIP called pre-FIRM subsidized and grandfathered. As Biggert-Waters 2012 went into effect, constituents from multiple communities expressed concerns about the elimination of lower rate classes, arguing that it created a financial burden on policy holders. In response to these concerns Congress passed The Homeowner Flood Insurance Affordability Act of 2014 (HFIAA 2014). The 2014 legislation changed the process by which pre-FIRM subsidized premiums for primary residences would be removed and reinstated grandfathering. As part of that legislation, FEMA must report back to Congress with a draft affordability framework.

Affordability of National Flood Insurance Program Premiums: Report 1 is the first part of a two-part study to provide input as FEMA prepares their draft affordability framework. This report discusses the underlying definitions and methods for an affordability framework and the affordability concept and applications. Affordability of National Flood Insurance Program Premiums gives an overview of the demand for insurance and the history of the NFIP premium setting. The report then describes alternatives for determining when the premium increases resulting from Biggert-Waters 2012 would make flood insurance unaffordable.