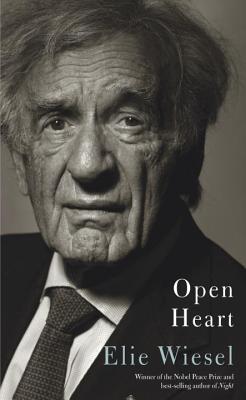 By Elie Wiesel, Marion Wiesel (Translated by)
$20.00
Email or call for price.

Facing emergency open heart surgery at the age of 82, humanitarian, scholar, educator and Holocaust survivor Elie Wiesel reflects on his life and works and upon his own mortality while probing essential questions about the nature of humanity and the existence of God. Drawing from memory - of the Holocaust, of friendships and precious familial relationships, of a prodigious teaching career, he questions whether he has done enough for mankind, how much time there is for him to do more. Eloquent, beautiful, moving. — Amy Palmer

A profoundly and unexpectedly intimate, deeply affecting summing up of his life so far, from one of the most cherished moral voices of our time.

Eighty-two years old, facing emergency heart surgery and his own mortality, Elie Wiesel reflects back on his life. Emotions, images, faces and questions flash through his mind. His family before and during the unspeakable Event. The gifts of marriage and children and grandchildren that followed. In his writing, in his teaching, in his public life, has he done enough for memory and the survivors? His ongoing questioning of God—where has it led? Is there hope for mankind? The world’s tireless ambassador of tolerance and justice has given us this luminous account of hope and despair, an exploration of the love, regrets and abiding faith of a remarkable man.

Elie Wiesel was fifteen years old when he was deported to Auschwitz. After the war he became a journalist and writer in Paris, and since then has written more than fifty books, both fiction and nonfiction. His masterwork, Night, was a major best seller when it was republished recently in a new English translation. Wiesel has been awarded the United States Congressional Gold Medal, the Presidential Medal of Freedom, the French Legion of Honor’s Grand Cross, an honorary knighthood of the British Empire and, in 1986, the Nobel Peace Prize. Since 1976 he has been the Andrew W. Mellon Professor in the Humanities at Boston University.

“A successful husband, father, grandfather, teacher, and writer, [Mr. Wiesel] is an asset to humankind. He has turned despondency into a message of approval and optimism…Mr. Wiesel packages equal parts beauty and astonishing description in an impossibly concise manner. Few authors have possessed such capacity for succinctness and brevity with magnificent dexterity.”
-NY Journal of Books

“An absorbing, clear-eyed reflection on [Wiesel’s] own mortality and a candid account of a life lived…Open Heart is Wiesel at his most vulnerable and his most determined, and his thoughts and ideas have never been so lucidly conveyed.”
-The Rumpus

“The reader…becomes a quiet observer of Wiesel’s thoughts, which are plagued by the question: ‘Am I ready to die?’ His answer, clearly, is no…What seems like a quick and easy read actually delves deeply into the philosophical and makes you wonder:  Will I be ready when it’s my time?”
—The Free Lance-Star