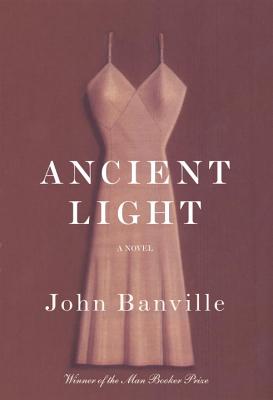 The Man Booker Prize-winning author of The Sea gives us a brilliant, profoundly moving new novel about an actor in the twilight of his life and his career: a meditation on love and loss, and on the inscrutable immediacy of the past in our present lives.

Is there any difference between memory and invention? That is the question that fuels this stunning novel, written with the depth of character, the clarifying lyricism and the sly humor that have marked all of John Banville’s extraordinary works. And it is the question that haunts Alexander Cleave, an actor in the twilight of his career and of his life, as he plumbs the memories of his first—and perhaps only—love (he, fifteen years old, the woman more than twice his age, the mother of his best friend; the situation impossible, thrilling, devouring and finally devastating) . . . and of his daughter, lost to a kind of madness of mind and heart that Cleave can only fail to understand. When his dormant acting career is suddenly, inexplicably revived with a movie role portraying a man who may not be who he says he is, his young leading lady—famous and fragile—unwittingly gives him the opportunity to see with aching clarity the “chasm that yawns between the doing of a thing and the recollection of what was done.”

Ancient Light is a profoundly moving meditation on love and loss, on the inscrutable immediacy of the past in our present lives, on how invention shapes memory and memory shapes the man. It is a book of spellbinding power and pathos from one of the greatest masters of prose at work today.

John Banville, the author of fifteen previous novels, has been the recipient of the Man Booker Prize, the James Tait Black Memorial Prize, the Guardian""Fiction Award, the Franz Kafka Prize and a Lannan Literary Award for Fiction. He lives in Dublin.

“A devastating account of a boy’s sexual awakening and the loss of his childhood . . . Seamless, profound, and painfully true to the emotional lives of his characters, it is an unsettling and beautiful work.” --Wall Street Journal

“Banville perfectly captures the spirit of adolescence, the body of yearning for sexual experience, the mind blurring eroticism and emotion. . . . [He] is a Nabokovian artist, his prose so rich, poetic and packed with startling imagery that reading it is akin to gliding regally through a lake of praline: it’s a slow, stately process, delicious and to be savoured. . . . . This is a luminous, breathtaking work.” --The Independent (UK)

“Ancient Light is a brilliant meditation on desire and loss, which also skillfully reminds us, even warns us, that ‘Madam Memory is a great and subtle dissembler’ . . . [Contains] page upon page of luxurious, lyrical prose.” --Minneapolis Star Tribune

“Beautiful . . . Banville is the heir to Proust, via Nabokov.” --The Daily Beast

“Luminescent . . . Illuminating and often funny but ultimately devastating . . . Breathtaking beauty and profundity on love and loss and death, the final page of which brought tears. The Stockholm jury should pick up the phone now.” --The Financial Times

“Banville’s prose, as gorgeous and precise as in his 2005 Man Booker winner The Sea, evokes scenes so that they burn in the reader’s mind.” --Sunday Express (UK)

“A breathtaking new novel . . . Banville, a writer of exquisite precision and emotional depth, writes with droll inquisition and entrancing sensuality in this suspenseful drama of the obliviousnessness of lust and the weight of grief. Alex’s misremembered love story and complicated movie adventures are ravishing, poignant, and archly hilarious as the past and present converge and narrow down to a stunning revelation. Banville is supreme in this enrapturing novel of shadows and illumination.” --Booklist (starred)

“A world where the past is more vivid than that present, and the dead somehow more alive than the living. . . . startlingly brilliant.” --The Sunday Telegraph (UK)

“The prose of the new book has a kind of luxuriant beauty, and, given the number of gorgeous arias written in difficult keys with many sharps and flats, the novel has the feel of a feverish atonal chamber opera . . . It’s as if the prose has shouldered the entire burden of undoing death and loss, an ambition rarely seen in contemporary letters. One reads Ancient Light in a state of slightly stunned admiration and disbelief that anyone still believes in literary art sufficiently to call upon its resources for these particular ends.” --New York Review of Books

“Banville, with his forensic sensory memory, his great gift for textural (and textual) precision, his ability to inhabit not just a room, as a writer, but also the full weight of a breathing body, is exactly in his element here. . . . Cleverness is on display, and nothing might be quite what it seems, but Banville’s duty of care, to the emotional lives of his characters, to the worlds in which they live, is not neglected for a moment.” --The Observer (UK)