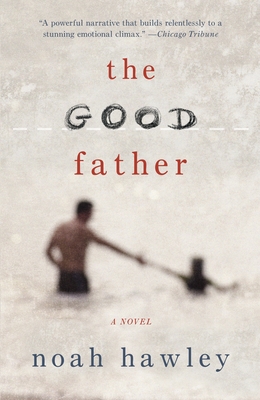 From the author of the New York Times bestseller Before the Fall, an intense, psychological novel about one doctor's suspense-filled quest to unlock the mind of a suspected political assassin: his twenty-year old son.

As a rheumatologist, Dr. Paul Allen's specialty is diagnosing patients other doctors have given up on. His son, Daniel Allen has always been a good kid but, as a child of divorce, he is also something of a drifter. Which may be why, at the age of nineteen, he quietly drops out of Vassar and begins an aimless journey across the United States, shedding his former skin and eventually even changing his name. One night, Paul is home with his family when a televised news report announces that the Democratic candidate for president has been shot, and Daniel is the lead suspect. Convinced of his son’s innocence Paul begins to trace his sons steps to see where Daniel, or perhaps Paul, went wrong, beginning a harrowing journey--about the responsibilities of being a parent and the capacity for unconditional love in the face of an unthinkable situation—that keeps one guessing until the very end.

NOAH HAWLEY is an author, screenwriter, and producer. He has published three previous novels, conceived and run two network television shows, and written one feature film. Before creating his own shows, he was a writer and producer for the hit show Bones on FOX. He currently splits his time between Los Angeles and Austin, Texas, where he lives with his wife and daughter.

“A powerful narrative that builds relentlessly to a stunning emotional climax.”—The Chicago Tribune

“With nimble prose and acute psychological insight, Hawley traces Allen's guilt-racked quest to prove his son's innocence. The result is a moving family saga that explores the intriguing notion of a statue of limitations on parental responsibility.” —People

“Explodes like a hand grenade with a force that drives the breath from your body. . . . Haunting, terrible and yet utterly real, it's superbly written with a marvelous feel for the American landscape and its soul. It's also a tantalizing thriller.” —Daily Mail, London