The Uncommon Appeal of Clouds (Hardcover) 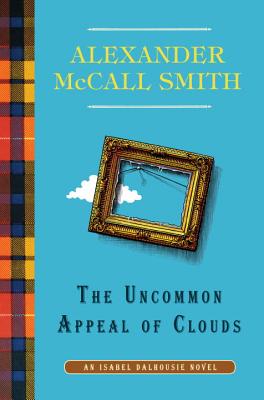 Nothing captures the charm of Edinburgh like the bestselling Isabel Dalhousie series of novels featuring the insatiably curious philosopher and woman detective.  Whether investigating a case or a problem of philosophy, the indefatigable Isabel Dalhousie, one of fiction’s most richly developed amateur detectives, is always ready to pursue the answers to all of life’s questions, large and small.

In this latest installment of Alexander McCall Smith’s endearing Isabel Dalhousie series, the Edinburgh philosopher and amateur sleuth answers an unexpected appeal from a wealthy Scottish collector who has been robbed of a valuable painting.

One afternoon over coffee at Cat’s delicatessen, a friend of Isabel’s shares a call for help from Duncan Munrowe. Crafty thieves have stolen a prized painting from his collection, a work by the celebrated French artist Nicolas Poussin that was earmarked for donation to the Scottish National Gallery. Munrowe has been approached by the thieves and hopes that Isabel will assist him in recovering the painting. Never one to refuse an appeal, she agrees, and discovers that the thieves may be closer to the owner than he ever would have expected.

Against the backdrop of this intriguing case, Isabel copes with life’s issues, large and small. She and Jamie have begun to suspect that their three-year-old son, Charlie, might be a budding mathematical genius. What should be done about it? Then there is the question of whether Isabel should help a young couple who want to move in together—against the wishes of the girl’s parents. The boyfriend is hoping Isabel might intercede.

As she wrestles with these problems, Isabel finds herself tested as a parent, a philosopher and a friend. But, as always, she manages to use the right combination of good sense, quick wits and a kind heart to come to the right solution, proving once again why Isabel Dalhousie has become one of Alexander McCall Smith’s most beloved characters.

Alexander McCall Smith is the author of the beloved bestselling No. 1 Ladies' Detective Agency series, the Isabel Dalhousie series, the Portuguese Irregular Verbs series, the 44 Scotland Street series, and the Corduroy Mansions series. He is also the author of numerous children's books. He is professor emeritus of medical law at the University of Edinburgh and has served with many national and international organizations concerned with bioethics. He was born in what is now known as Zimbabwe and taught law at the University of Botswana. He lives in Scotland. Visit his website at www.alexandermccallsmith.com.

Praise for the Isabel Dalhousie series

“McCall Smith’s talent for dialogue is matched only by his gift for characterization. It’s hard to believe that he could make up a character as complex and unique as Isabel. She is by turns fearless, vulnerable, headstrong and insecure, but always delightful.”
—Chicago Tribune

“Readers get to soak up the cozy atmosphere of this Scottish university town and McCall Smith’s gentle good will.”
—The Boston Globe

“Entertaining and enchanting reading about characters you think you know—and wish you did.”
—Las Vegas Review-Journal

“McCall Smith’s contemporary cozies have proved that crimes need not be punishable by death to provide a satisfying read . . . A genteel, wisdom-filled entertainment.”
—Los Angeles Times