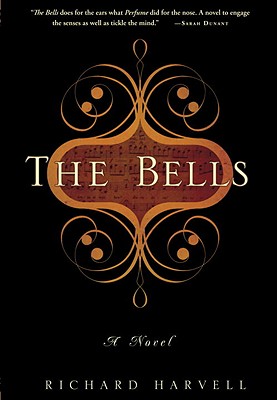 I grew up as the son of a man who could not possibly have been my father. Though there was never any doubt that my seed had come from another man, Moses Froben, Lo Svizzero, called me “son.” And I called him “father.” On the rare occasions when someone dared to ask for clarification, he simply laughed as though the questioner were obtuse. “Of course he’s not my son!” he would say. “Don’t be ridiculous.”

But whenever I myself gained the courage to ask him further of our past, he just looked sadly at me. “Please, Nicolai,” he would say after a moment, as though we had made a pact I had forgotten. With time, I came to understand I would never know the secrets of my birth, for my father was the only one who knew these secrets, and he would take them to his grave.

The celebrated opera singer Lo Svizzero was born in a belfry high in the Swiss Alps where his mother served as the keeper of the loudest and most beautiful bells in the land. Shaped by the bells’ glorious music, as a boy he possessed an extraordinary gift for sound. But when his preternatural hearing was discovered—along with its power to expose the sins of the church—young Moses Froben was cast out of his village with only his ears to guide him in a world fraught with danger.

Rescued from certain death by two traveling monks, he finds refuge at the vast and powerful Abbey of St. Gall. There, his ears lead him through the ancient stone hallways and past the monks’ cells into the choir, where he aches to join the singers in their strange and enchanting song. Suddenly Moses knows his true gift, his purpose. Like his mother’s bells, he rings with sound and soon, he becomes the protégé of the Abbey’s brilliant yet repulsive choirmaster, Ulrich.

But it is this gift that will cause Moses’ greatest misfortune: determined to preserve his brilliant pupil’s voice, Ulrich has Moses castrated. Now a young man, he will forever sing with the exquisite voice of an angel—a musico—yet castration is an abomination in the Swiss Confederation, and so he must hide his shameful condition from his friends and even from the girl he has come to love. When his saviors are exiled and his beloved leaves St. Gall for an arranged marriage in Vienna, he decides he can deny the truth no longer and he follows her—to sumptuous Vienna, to the former monks who saved his life, to an apprenticeship at one of Europe’s greatest theaters, and to the premiere of one of history’s most beloved operas.

In this confessional letter to his son, Moses recounts how his gift for sound led him on an astonishing journey to Europe’s celebrated opera houses and reveals the secret that has long shadowed his fame: How did Moses Froben, world renowned musico, come to raise a son who by all rights he never could have sired?

Like the voice of Lo Svizzero, The Bells is a sublime debut novel that rings with passion, courage, and beauty.

RICHARD HARVELL was born in New Hampshire and studied English literature at Dartmouth College. He lives in Basel, Switzerland, with his wife and children. This is his first novel.

"THE BELLS does for the ears what Perfume did for the nose. A novel to engage the senses as well as tickle the mind."
—Sarah Dunant, international bestselling author of Sacred Hearts

"Harvell has written an entertaining and eye-opening aria of a book."
—Washington Post

"Richard Harvell's first novel is a marvel of sound woven through the tale of an extraordinary life."
—Fredericksburg Freelance Star

"When I look at my copy of The Bells sitting in front of me, I cannot believe it lies there immobile and lifeless...During the time I spent entranced with this story, my body rang like the bells within its pages...Harvell’s magical prose gives sound to Moses’ life: the bells, the arias, and the uneven breath of true love."
—Historical Novels Review

"Harvell has fashioned an engrossing first novel ringing with sounds; a musical and literary treat."
—Booklist

“Astonishing in its originality, epic in its scope, luminous in its richness, The Bells is a novel to be savored page by glorious page.”
—Cathy Marie Buchanan, New York Times bestselling author of The Day the Falls Stood Still

“I was mesmerized from first page to the last by this haunting and seductive novel. Long after I finished, the characters and their heartbreaking tale of love, loss, and obsession resonated with me still. Readers, here is a book you’ll find impossible to resist. Bravo andencore!”
—M.J. Rose, international bestselling author of The Reincarnationist