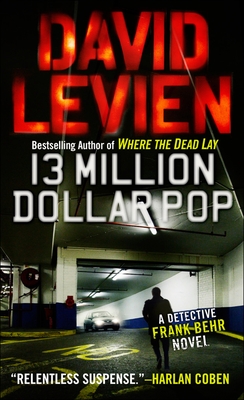 This is book number 3 in the Frank Behr series.

Detective Frank Behr finds himself neck deep in white collar crime and facing off with cold-blooded killers more terrifying than anything he's faced before.

Bernard "Bernie Cool" Kolodnik is a hard-driving business mogul in the process of making a move into big-time Indiana politics, and it's Frank Behr's job to protect him. When a gunman takes a shot at Kolodnik, Frank does what he does best: saves Kolodnik's life. So why then was he taken off the detail? And why are the usually adept Indianapolis cops making no headway? To discover the truth, Behr navigates a labyrinthine landscape of hardened former Feds, crooked real estate developers, casino magnates, and power seekers feeding on the edge of a dangerous and deadly political scheme.

DAVID LEVIEN, author of Where the Dead Lay and City of the Sun, has been nominated for the Edgar, Hammett, and Shamus awards, and is also a screenwriter and director (including co-director of Solitary Man (2009) starring Michael Douglas). He lives in Connecticut. 13 Million Dollar Pop is his third Frank Behr novel—and is on sale August 2011.

"Crime fiction at its finest."--Christopher Reich

"Levien has an ear for dialog that many of us don't often hear. . . Gripping."--Indianapolis Star

“David Levien is a marvel. His dialogue is straight-up, so street that it’s a wonder the pages aren’t coated with grit.”—Bookreporter