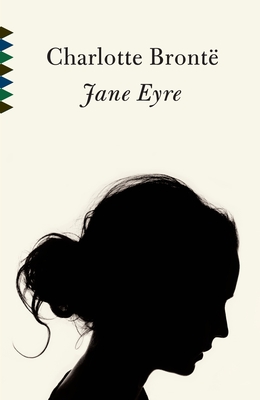 A beautiful and romantic book. Jane is a wonderful character. She is strong and independent, but she is also tender and loving. Like all of us, she is secretly vulnerable. Jane's love for the brute Rochester is both heart-breaking and hopeful at the same time. Bronte's story is an unforgettable and wonderful read. — Krysta Piccoli

Charlotte Brontë's most beloved novel describes the passionate love between the courageous orphan Jane Eyre and the brilliant, brooding, and domineering Rochester. The loneliness and cruelty of Jane's childhood strengthens her natural independence and spirit, which prove invaluable when she takes a position as a governess at Thornfield Hall. But after she falls in love with her sardonic employer, her discovery of his terrible secret forces her to make a heart-wrenching choice. Ever since its publication in 1847, Jane Eyre has enthralled every kind of reader, from the most critical and cultivated to the youngest and most unabashedly romantic. It lives as one of the great triumphs of storytelling and as a moving and unforgettable portrayal of a woman's quest for self-respect.

Charlotte Brontë (1816-1855), a poor clergyman's daughter from Yorkshire, England, worked as a teacher and governess before her publication of Jane Eyre won her instant fame. She went on to produce three more novels before dying at the age of thirty-eight.

"At the end we are steeped through and through with the genius, the vehemence, the indignation of Charlotte Brontë."—Virginia Woolf