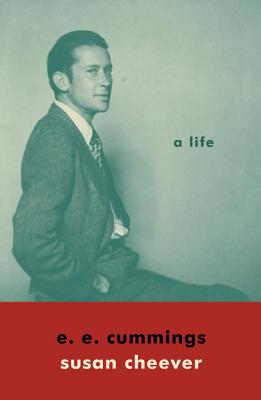 From the author of American Bloomsbury, Louisa May Alcott, and Home Before Dark, a major reassessment of the life and work of the novelist, painter, and playwright considered to be one of America's preeminent twentieth-century poets. At the time of his death in 1962, at age sixty-eight, he was, after Robert Frost, the most widely read poet in the United States.
E. E. Cummings was and remains controversial. He has been called a master (Malcolm Cowley); hideous (Edmund Wilson). James Dickey called him a daringly original poet with more vitality and more sheer uncompromising talent than any other living American writer.
In Susan Cheever's rich, illuminating biography we see Cummings's idyllic childhood years in Cambridge, Massachusetts; his Calvinist father distinguished Harvard professor and sternly religious minister of the Cambridge Congregational Church; his mother loving, attentive, a source of encouragement, the aristocrat of the family, from Unitarian writers, judges, and adventurers.
We see Cummings slight, agile, playful, a product of a nineteenth-century New England childhood, bred to be flinty and determined; his love of nature; his sense of fun, laughter, mimicry; his desire from the get-go to stand conventional wisdom on its head, which he himself would often do, literally, to amuse.
At Harvard, he roomed with John Dos Passos; befriended Lincoln Kirstein; read Latin, Greek, and French; earned two degrees; discovered alcohol, fast cars, and burlesque at the Old Howard Theater; and raged against the school's conservative, exclusionary upper-class rule by A. Lawrence Lowell.
In Cheever's book we see that beneath Cummings's blissful, golden childhood the strains of sadness and rage were already at play. He grew into a dark young man and set out on a lifelong course of rebellion against conventional authority and the critical establishment, devouring the poetry of Ezra Pound, whose radical verses pushed Cummings away from the politeness of the traditional nature poem toward a more adventurous, sexually conscious form.
We see that Cummings's self-imposed exile from Cambridge a town he d come to hate for its intellectualism, Puritan uptightness, racism, and self-righteous xenophobia seemed necessary for him as a man and a poet. Headstrong and cavalier, he volunteered as an ambulance driver in World War I, working alongside Hemingway, Joyce, and Ford Madox Ford . . . his ongoing stand against the imprisonment of his soul taking a literal turn when he was held in a makeshift prison for undesirables and spies, an experience that became the basis for his novel, The Enormous Room.
We follow Cummings as he permanently flees to Greenwich Village to be among other modernist poets of the day Marianne Moore, Hart Crane, Dylan Thomas and we see the development of both the poet and his work against the backdrop of modernism and through the influences of his contemporaries: Stein, Amy Lowell, Joyce, and Pound. Cheever's fascinating book gives us the evolution of an artist whose writing was at the forefront of what was new and daring and bold in an America in transition.
(With 28 pages of black-and-white images.)

Susan Cheever was born in New York City and graduated from Brown University. A Guggenheim fellow and a director of the board of the Yaddo Corporation, Cheever currently teaches in the MFA programs at Bennington College and The New School. She lives in New York City.