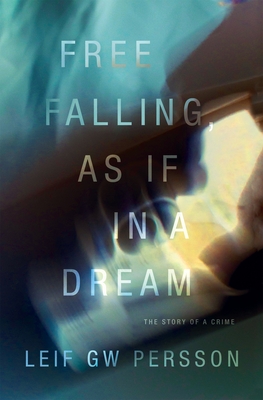 From the grand master of Scandinavian crime fiction—and one of the best crime writers of our time—here is the final volume in the critically acclaimed Story of a Crime trilogy, centered on the assassination of Olof Palme in 1986.

It’s August 2007, and Lars Martin Johansson, chief of the National Bureau of Criminal Investigation in Sweden, is determined once again to reopen the dusty files on the unsolved murder of Prime Minister Palme. With his retirement quickly approaching, Johansson forms a new group, comprised of a few trustworthy detectives who doggedly wade through mountains of paperwork and pursue new leads in a case that has all but gone cold despite the open wound the assassination has left on the consciousness of Swedish society. But the closer the group gets to the truth, the more Johansson compromises the greater good for personal gain, becoming a pawn in the private vendetta of a shady political spin doctor.

A detailed and boldly plotted police procedural, Free Falling, As If in a Dream lifts the veil on one of history’s greatest unsolved crimes, bringing dark humor, suspense, and wit to bear on a case long thought to have no answers.

Leif GW Persson has chronicled the political and social development of modern Swedish society in his award-winning novels for more than three decades. Persson has served as an adviser to the Swedish Ministry of Justice and is Sweden’s most renowned psychological profiler. He is a professor at Sweden’s National Police Board and is considered the country’s foremost expert on crime. He lives in Stockholm.

“Exceptional . . . Persson writes with a sure hand and sharp insight. His detectives are human, interesting, and fallible . . . Fans of Scandinavian crime fiction will eat it up.” —Library Journal


Praise for Between Summer’s Longing and Winter’s End
“Unquestionably the best Swedish crime novel I’ve read so far . . . Persson’s sardonic description of how both uniformed and secret police operate is devastating and, at times, acidly funny.” —The Boston Globe

“Something possibly unique in modern crime fiction: a dark, dark comedy of crossed purposes, mistakes, and misunderstanding that result, almost coincidentally, in the assassination of a prime minister. [An] exceptional novel.” —Library Journal

“Laced with irony and satire . . . Persson does a fine job of pitting one desperate soul against another in a philosophically charged tale worthy of Ingmar Bergman—but with lots more guns.” —Kirkus Reviews

“Persson tells a story that keeps us alternately bemused, aghast, and guessing
to the end.” —Sacramento Book Review