The Errand Boy: A Novel (Paperback) 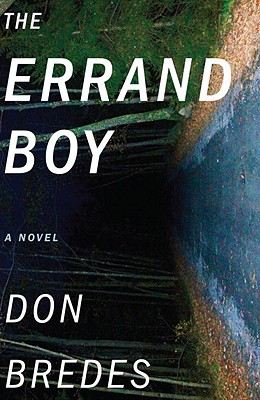 Every small town has its secrets.

Onetime Boston homicide detective Hector Bellevance is married now and settled on the family farm with his pregnant wife, Wilma, and their strong-willed eleven-year-old daughter, Myra, happily spending his days raising vegetables for the farmers’ market and serving, when needed, as the town’s constable.

But Hector’s fair-weather days suddenly darken when a reckless driver leaves Wilma in a coma, and later, after the unrepentant driver turns up brutally murdered, Hector finds himself a natural suspect in the homicide. When the victim’s father offers to pay Wilma’s medical bills if Hector will find his son’s killer, Hector takes the case–more out of compassion than a desire to clear his own name.

Yet the murder quickly proves more vexing and the motives more twisted than even a town constable could have foreseen. Hector discovers an unsavory secret behind every door, and he is soon caught in a web of sex offenders, backwoods meth addicts, undercover federal agents, Hells Angels, and an international drug cartel.

Just when he’s ready to abandon his sputtering investigation–as the police have angrily demanded–Myra disappears from the hospital while visiting her mother, and Hector knows he cannot rest until he has found her. Everything he loves and lives for is at stake.

DON BREDES is the author of four other novels, including the two previous Hector Bellevance literary suspense novels Cold Comfort and The Fifth Season. He lives in northern Vermont with his wife and daughter.

“The Errand Boy is the most suspenseful and engaging literary thriller I’ve read since Elmore Leonard’s Bandits. What’s truly at stake this time around for Don Bredes’s wonderfully human investigator, Hector Bellevance, is the integrity of his hometown and the safety of his family. The Errand Boy is a beautifully-written work of fiction, combining the unspeakable terror of a father’s worst nightmare with a memorable evocation of what must be one of the “last best places” in these United States.”
—Howard Frank Mosher

“Bredes’s method is a little like his sturdy small-town constable’s–by page two he’s got you by the lapels, pushed you up against the wall, and made you fear what comes next. He doesn’t relax his grip until the last page is turned.”
—Tom McNeal, author of Goodnight, Nebraska