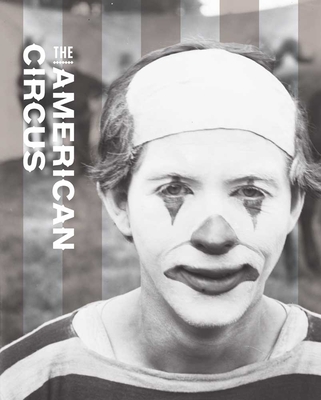 A showcase of the "golden age" of the circus in America

The circus is a source of nostalgia for Americans of all ages, either from memories of attending P. T. Barnum's "Greatest Show on Earth," or through the colorful evocations in many movies, television programs, and books. Interest in the circus phenomenon is unflagging, yet there have been few publications that look closely at how the circus's European origins were refashioned for an American audience. Lavishly illustrated and carefully researched, this volume explores how American culture, values, demography, and business practices altered the fundamental nature of the European circus, and how, by the end of the 19th century, they had transformed it into a distinctly American pastime.

At the peak of its cultural significance, the circus was a sophisticated combination of theater and business, and made effective use of advertising, train travel, and hyperbole. The subjects in The American Circus reflect this complexity, ranging widely from thematic explorations of circus music and elephants to more closely focused studies of objects such as circus toys, souvenirs, and performers' costumes. The book also explores the dark and even nefarious side of the circus, and its associations with marginalized dimensions of American life and culture. With contributions from leading scholars, this stylishly designed volume aims to identify the salient features of an Americanized cultural product and to analyze its appeal for American audiences.

Susan Weber is director and founder, Kenneth Ames is professor of American decorative arts, and Matthew Wittmann is curatorial fellow, all at the Bard Graduate Center.