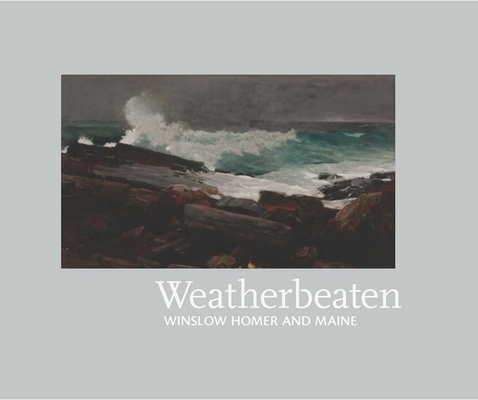 I am so grateful for Art - food for the eye, the heart and the soul. — Maeve Noonan

In 1883 American artist Winslow Homer (1836–1910) moved his studio from New York City to Prouts Neck, a slip of coastline just south of Portland, Maine. Here, over the course of twenty-five years, Homer produced his most celebrated and emotionally powerful paintings, which often depicted the dramatic views and storm-strewn skies around his home. Homer's influence and the Prouts Neck area would have a profound effect on the rise of a new American modernism, inspiring the artists who followed him.

This beautifully illustrated catalogue celebrates Homer's legacy at Prouts Neck, and documents the Portland Museum of Art's six-year conservation project to preserve the Winslow Homer Studio, the former carriage house in which Homer lived and worked. Photographs of the studio and site, never before open to the public, highlight views that are recognizable as the subject of so many of Homer's paintings. Essays by leading scholars examine his iconic masterpieces; his artistic development in Prouts Neck; the architecture of his studio; his relationship to French painting; and the full range of his marine paintings.

Thomas A. Denenberg is director of the Shelburne Museum and author of Wallace Nutting and the Invention of Old America (Yale). Kenyon Bolton is principal of Kenyon C. Bolton & Associates Architects. Erica E. Hirshler is Croll Senior Curator of American Paintings, Museum of Fine Arts, Boston. James F. O'Gorman is Grace Slack McNeil Professor Emeritus of the History of American Art, Wellesley College. Marc Simpson is associate director of the graduate program in the history of art, Williams College.