Amnh the Dinosaur Hunters: The Extraordinary Story of the Discovery of Prehistoric Life (Hardcover) | Northshire Bookstore
Skip to main content

Amnh the Dinosaur Hunters: The Extraordinary Story of the Discovery of Prehistoric Life (Hardcover) 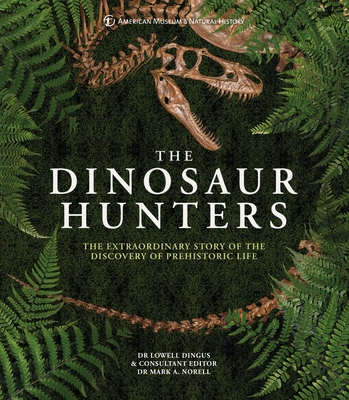 Dinosaur bones had been found centuries before scientists understood what they were and what creatures they came from; ancient Chinese writings spoke of dragon bones, and large fossils discovered in the UK were thought to belong to human giants. It was only with the exploration and meticulous research of generations of intrepid palaeontologists that the truth about dinosaurs was discovered.

The Dinosaur Hunters tells the story of these discoverers of prehistoric life, and the revelations found through their research. Illustrated with 30 rare documents, photographs and hand-drawn maps, it explores the unearthing of Iguanodon teeth, the discovery of the first flying dinosaur, the infamous Bone Wars and consultant editor Dr Mark Norell's radical study of feathered dinosaurs. This is a tale of daring exploits, luck, science and wanderlust, and of the thrilling lives and work of heroic scientists and adventurers.