The Bearded Lady Project: Challenging the Face of Science (Hardcover) 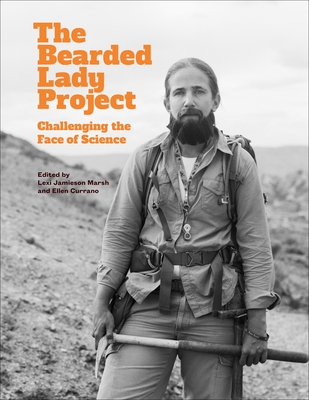 During a discussion of how women are treated in traditionally male-dominated fields, paleobotanist Ellen Currano lamented to filmmaker Lexi Jamieson Marsh that, as the only young and female faculty member in her department, she was not taken seriously by her colleagues. If only she had the right amount of facial hair, she joked, maybe they would recognize her expertise. The next morning, she saw a message from Lexi saying: Let's do this. Let's get beards. That simple remark was the beginning of the Bearded Lady Project. Challenging persistent gender biases in the sciences, the project puts the spotlight on underrepresented geoscientists in the field and in the lab. This book pairs portraits of the scientists after donning fake beards with personal essays in which they tell their stories. The beautiful photography by Kesley Vance and Draper White--shot with a vintage large-format camera and often in the field, in deserts, mountains, badlands, and mudflats--recalls the early days of paleontological expeditions more than a century ago. With just a simple prop, fake facial hair, the pictures dismantle the stereotype of the burly, bearded white man that has dominated ideas of field scientists for far too long. Using a healthy dose of humor, The Bearded Lady Project celebrates the achievements of the women who study the history of life on Earth, revealing the obstacles they've faced because of their gender as well as how they push back.

Lexi Jamieson Marsh is the founder of the independent production company On Your Feet Entertainment and the director and producer of The Bearded Lady Project short and feature-length documentary films. She is currently visiting assistant professor of media and culture at Miami University. Ellen Currano is a paleontologist at the University of Wyoming with a joint appointment in the Department of Botany and the Department of Geology and Geophysics. Her research focuses on the response of ancient forest communities to environmental changes.