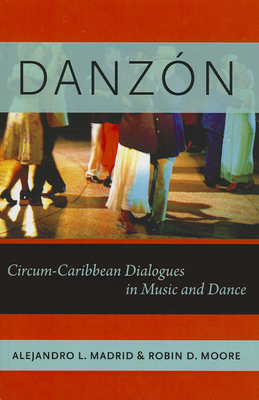 Initially branching out of the European contradance tradition, the danz n first emerged as a distinct form of music and dance among black performers in nineteenth-century Cuba. By the early twentieth-century, it had exploded in popularity throughout the Gulf of Mexico and Caribbean basin. A fundamentally hybrid music and dance complex, it reflects the fusion of European and African elements and had a strong influence on the development of later Latin dance traditions as well as early jazz in New Orleans. Danz n: Circum-Caribbean Dialogues in Music and Dance studies the emergence, hemisphere-wide influence, and historical and contemporary significance of this music and dance phenomenon.
Co-authors Alejandro L. Madrid and Robin D. Moore take an ethnomusicological, historical, and critical approach to the processes of appropriation of the danz n in new contexts, its changing meanings over time, and its relationship to other musical forms. Delving into its long history of controversial popularization, stylistic development, glorification, decay, and rebirth in a continuous transnational dialogue between Cuba and Mexico as well as New Orleans, the authors explore the production, consumption, and transformation of this Afro-diasporic performance complex in relation to global and local ideological discourses. By focusing on interactions across this entire region as well as specific local scenes, Madrid and Moore underscore the extent of cultural movement and exchange within the Americas during the late nineteenth and early twentieth-centuries, and are thereby able to analyze the danz n, the dance scenes it has generated, and the various discourses of identification
surrounding it as elements in broader regional processes. Danz n is a significant addition to the literature on Latin American music, dance, and expressive culture; it is essential reading for scholars, students, and fans of this music alike.