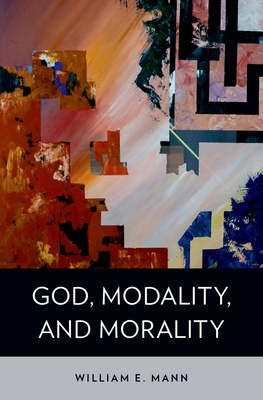 Suppose that God exists: what difference would that make to the world? The answer depends on the nature of God and the nature of the world. In this book, William E. Mann argues in one new and sixteen previously published essays for a modern interpretation of a traditional conception of God as a simple, necessarily existing, personal being. Divine simplicity entails that God has no physical composition or temporal stages; that there is in God no distinction between essence and existence; that there is no partitioning of God's mental life into beliefs, desires, and intentions. God is thus a spiritual, eternal being, dependent on nothing else, whose essence is to exist and whose mode of existence is identical with omniscience, omnipotence, and perfectly goodness. In metaphysical contrast, the world is a spatial matrix populated most conspicuously by finite physical objects whose careers proceed sequentially from past to present to future. Mann defends a view according to which the world was created out of nothing and is sustained in existence from moment to moment by God. The differences in metaphysical status between creator and creatures raise questions for which Mann suggests answers. How can God know contingent facts and necessary truths without depending on them? Why is it so easy to overlook God's presence? Why would self-sufficient God create anything? Wouldn't a perfect God create the best world possible? Can God be free? Can we be free if God's power is continuously necessary to sustain us in existence? If God does sustain us, is God an accomplice whenever we sin? Mann responds to the Euthyphro dilemma by arguing for a kind of divine command metaethical theory, whose normative content lays emphasis on love. Given the metaphysical differences between us, how can there be loving relationships between God and creatures? Mann responds by examining the notions of piety and hope.

William E. Mann received his Ph.D. in Philosophy from the University of Minnesota. Having previously taught at St. Olaf College and Illinois State University, he has been a professor in the University of Vermont's Department of Philosophy since 1974, retiring as Marsh Professor of Intellectual and Moral Philosophy in 2010. He has published extensively in the philosophy of religion-especially philosophical theology-and in medieval philosophy.