What Truth Is (Hardcover) 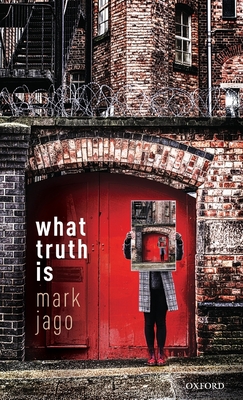 Mark Jago presents and defends a novel theory of what truth is, in terms of the metaphysical notion of truthmaking. This is the relation which holds between a truth and some entity in the world, in virtue of which that truth is true. By coming to an understanding of this relation, he argues, we gain better insight into the metaphysics of truth. The first part of the book discusses the property being true, and how we should understand it in terms of truthmaking. The second part focuses on truthmakers, the worldly entities which make various kinds of truths true, and how they do so. Jago argues for a metaphysics of states of affairs, which account for things having properties and standing in relations. The third part analyses the logic and metaphysics of the truthmaking relation itself, and links it to the metaphysical concept of grounding. The final part discusses consequences of the theory for language and logic. Jago shows how the theory delivers a novel and useful theory of
propositions, the entities which are true or false, depending on how things are. A notable feature of this approach is that it avoids the Liar paradox and other puzzling paradoxes of truth.

Mark Jago is Associate Professor of Philosophy at the University of Nottingham. He is author of The Impossible: An Essay on Hyperintensionality (OUP 2014) and editor of Reality Making (OUP 2015).