Streets Without Joy: A Political History of Sanctuary and War, 1959-2009 (Hardcover) 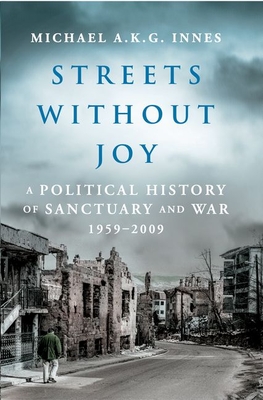 America's wars after the 9/11 attacks were marked by a political obsession with terrorist 'sanctuaries' and 'safe havens'. From mountain redoubts in Afghanistan to the deserts of Iraq, Washington's policy-makers maintained an unwavering focus on finding and destroying the refuges, bases and
citadels of modern guerrilla movements, and holding their sponsors to account. This was a preoccupation embedded in nearly every official speech and document of the time, a corpus of material that offered a new logic for thinking about the world. As an exercise in political communication, it was a spectacular success. From 2001 to 2009, President George W. Bush and his closest
advisors set terms of reference that cascaded down from the White House, through government and into the hearts and minds of Americans. 'Sanctuary' was the red thread running through all of it, permeating the decisions and discourses of the day. Where did this obsession come from? How did it become such an important feature of American political life? In this new political history, Michael A. Innes explores precedents, from Saigon to Baghdad, and traces how decision-makers and their advisors used ideas of sanctuary to redefine American
foreign policy, national security, and enemies real and imagined.

Michael A. Innes (PhD, SOAS) is a London-based scholar and practitioner. Covering conflicts across Africa, Asia and the Middle East for twenty years, he has worked in Afghanistan, Bosnia-Herzegovina, C�te d'Ivoire, Indonesia and Nigeria. In 2003--9, he was a civilian advisor with NATO in Belgium andthe Balkans.