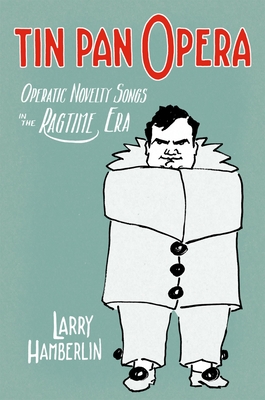 Though the distance between opera and popular music seems immense today, a century ago opera was an integral part of American popular music culture, and familiarity with opera was still a part of American "cultural literacy." During the Ragtime era, hundreds of humorous Tin Pan Alley songs centered on operatic subjects-either directly quoting operas or alluding to operatic characters and vocal stars of the time. These songs brilliantly captured the moment when popular music in America transitioned away from its European operatic heritage, and when the distinction between low- and high-brow "popular" musical forms was free to develop, with all its attendant cultural snobbery and rebellion. Author Larry Hamberlin guides us through this large but oft-forgotten repertoire of operatic novelties, and brings to life the rich humor and keen social criticism of the era. In the early twentieth-century, when new social forces were undermining the view that our European heritage was intrinsically superior to our native vernacular culture, opera-that great inheritance from our European forebearers-functioned in popular discourse as a signifier for elite culture. Tin Pan Opera shows that these operatic novelty songs availed this connection to a humorous and critical end. Combining traditional, European operatic melodies with the new and American rhythmic verve of ragtime, these songs painted vivid images of immigrant Americans, liberated women, and upwardly striving African Americans, striking emblems of the profound transformations that shook the United States at the beginning of the American century.

Larry Hamberlin is Assistant Professor of Music at Middlebury College, where he teaches courses in European and American popular and classical music. He lives in Vermont with his wife and two children.