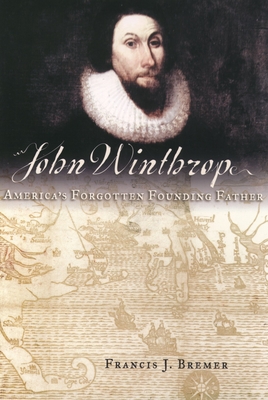 John Winthrop's effort to create a Puritan City on a Hill has had a lasting effect on American values, and many remember this phrase famously quoted by the late Ronald Reagan. However, most know very little about the first American to speak these words. In John Winthrop, Francis J. Bremer draws on over a decade of research in England, Ireland, and the United States to offer a superb biography of the first governor of the Massachusetts Bay Colony, one rooted in a detailed understanding of his first forty years in England. Indeed, Bremer provides an extensive, path-breaking treatment of Winthrop's family background, youthful development, and English career. His dissatisfaction with the decline of the godly kingdom of the Stour Valley in which he had been raised led him on his errand to rebuild such a society in a New England. In America, Winthrop would use the skills he had developed in England as he struggled with challenges from Roger Williams and Anne Hutchinson, among others, and defended the colony from English interference. We also see the personal side of Winthrop--the doubts and concerns of the spiritual pilgrim, his everyday labors and pleasures, his feelings for family and friends. And Bremer also sheds much light on important historical moments in England and America, such as the Reformation and the rise of Puritanism, the rise of the middling class, the colonization movement, and colonial relations with Native Americans.
Incorporating previously unexplored archival materials from both sides of the Atlantic, here is the definitive portrait of one of the giants of our history. John Winthrop recevied an honorable Mention, The Colonial Dames of America Book Award.

Francis J. Bremer is Professor of History at Millersville University and Editor of the Winthrop Papers for the Massachusetts Historical Society. He lives in Lancaster, Pennsylvania.