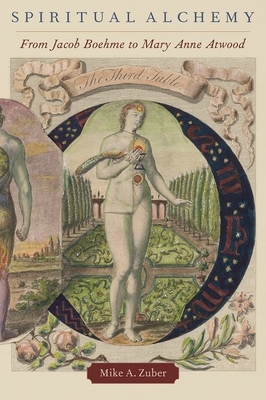 Most professional historians see the relationship between pre-modern and modern alchemy as one of discontinuity and contrast. Mike A. Zuber challenges this dominant understanding and explores aspects of alchemy that have been neglected by recent work in the history of science. The predominant
focus on the scientific aspect of alchemy, such as laboratory experiment, practical techniques, and material ingredients, argues Zuber, marginalizes the things that render alchemy so fascinating: its rich and vivid imagery, reliance on the medium of manuscript, and complicated relationship with
religion. Spiritual Alchemy traces the early-modern antecedents of modern alchemy through generations of followers of Jacob Boehme, the cobbler and theosopher of G rlitz. As Boehme's disciples down the generations -- including the Silesian nobleman Abraham von Franckenberg and the London-based German
immigrant Dionysius Andreas Freher, among others -- studied his writings, they drew on his spiritual alchemy, adapted it, and communicated it to their contemporaries. Spiritual alchemy combines traditional elements of alchemical literature with Christian mysticism. Defying the boundaries between
science and religion, this combination was transmitted from G rlitz ultimately to England. In 1850, it inspired a young woman, later known as Mary Anne Atwood, to write her Suggestive Inquiry into the Hermetic Mystery, usually seen as the first modern interpretation of alchemy. Drawing extensively
on manuscript or otherwise obscure sources, Zuber documents continuity between pre-modern and modern forms of alchemy while exploring this hybrid phenomenon.