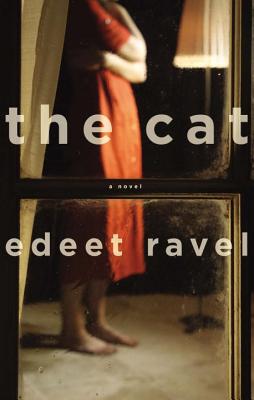 Elise would like nothing better than to join her 11-year-old son in death; she even has a plan to cut the furnace pipes with a saw to speed the process. Only one thing stands in her way: her son's beloved cat. Unable to abandon Purrsephone, Elise is forced to care for the only tangible link to her son and somehow finds the courage not only to survive, but to live. — Jess Hanlon

SINGLE MOTHER ELISE IS completely devoted to her eleven-year-old son; he is her whole world. But that world is destroyed in one terrifying moment when her son is killed in a car accident just outside their home. Suddenly alone, surrounded by memories, Elise faces a future that feels unspeakably bleak and pointless.
Lost, angry, and desolate, Elise rejects everyone who tries to reach out to her. But as despair threatens to engulf her, she realizes, to her horror, that she cannot join her son: She must take care of his beloved cat. At first she attempts to carry out this task entirely by herself, shut away from a frightening new reality that seems surreal and incomprehensible. But isolation proves to be impossible, and before long others insinuate themselves into her life friends, enemies, colleagues, neighbors, a former lover bringing with them the fragile beginnings of survival.
Powerfully moving and deeply humane, "The Cat" is an unforgettable novel about the extraordinary resilience of the human spirit.

Edeet Ravel is the award-winning author of the Tel Aviv trilogy about the Israeli-Palestinian conflict, which received several esteemed prizes and nominations. "Ten Thousand Lovers" was a finalist for the Governor General s Literary Award, "Look for Me" won the Hugh MacLennan Prize, and "A Wall of Light" was a finalist for the Giller Prize and won the Canadian Jewish Book Award. She is the author of two other critically acclaimed novels, "Your Sad Eyes" "and Unforgettable Mouth" and "The Last Rain." Ravel was born on a kibbutz in Israel and has a Ph.D. in Jewish Studies."