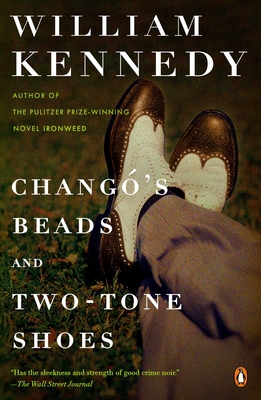 After an interlude set in Cuba in 1957, Kennedy's novel moves to familiar territory for the author. It is a July night in 1968. Robert Kennedy lies mortally wounded in Los Angeles and simmering race relations in Albany, New York are beginning to boil over. Kennedy skillfully weaves the city's rich history into an exciting and topical narrative. His characters, which here include Ernest Hemingway and Bing Crosby, are as richly drawn as his portrait of the city he so eloquently celebrates. — Alden Graves

From the Pulitzer Prize–winning author of Ironweed, a dramatic novel of love and revolution from one of America's finest writers

So begins William Kennedy's latest novel—a tale of revolutionary intrigue, heroic journalism, crooked politicians, drug-running gangsters, Albany race riots, and the improbable rise of Fidel Castro. Quinn's epic journey carries him through the nightclubs and jungles of Cuba and into the newsrooms and racially charged streets of Albany on the day Robert Kennedy is fatally shot in 1968. The odyssey brings Quinn, and his exotic but unpredictable Cuban wife, Renata, a debutante revolutionary, face-to-face with the darkest facets of human nature and illuminates the power of love in the presence of death.

Kennedy masterfully gathers together an unlikely cast of vivid characters in a breathtaking adventure full of music, mysticism, and murder—a homeless black alcoholic, a radical Catholic priest, a senile parent, a terminally ill jazz legend, the imperious mayor of Albany, Bing Crosby, Hemingway, Castro, and a ragtag ensemble of radicals, prostitutes, provocateurs, and underworld heavies. This is an unforgettably riotous story of revolution, romance, and redemption, set against the landscape of the civil rights movement as it challenges the legendary and vengeful Albany political machine.

William Kennedy, author, screenwriter and playwright, was born and raised in Albany, New York. Kennedy brought his native city to literary life in many of his works. The Albany cycle, includes Legs, Billy Phelan's Greatest Game, and the Pulitzer Prize winning Ironweed. The versatile Kennedy wrote the screenplay for Ironweed, the play Grand View, and cowrote the screenplay for the The Cotton Club with Francis Ford Coppola. Kennedy also wrote the nonfiction O Albany! and Riding the Yellow Trolley Car. Some of the other works he is known for include Roscoe and Very Old Bones.

Kennedy is a professor in the English department at the State University of New York at Albany. He is the founding director of the New York State Writers Institute and, in 1993, was elected to the American Academy of Arts and Letters. He has received numerous literary awards, including the Literary Lions Award from the New York Public Library, a National Endowment for the Arts Fellowship, and a Governor’s Arts Award. Kennedy was also named Commander of the Order of Arts and Letters in France and a member of the board of directors of the New York State Council for the Humanities.

"His most musical work of fiction: a polyrhythmic contemplation of time and its effects on passion set in three different eras . . . this is not a book a young man would or could write. There is the sense here of somebody who has seen and considered much, without letting his inner fire cool . . . the ambition and the ability to pull wildly diverse worlds together in a single story is rare. Kennedy, master of the Irish-American lament in works like Billy Phelan's Greatest Game and Ironweed, proves here he can play with both hands and improvise on a theme without losing the beat." — John Sayles, The New York Times Book Review (front page)

"Written with such brio and encompassing humanity that it may well deserve to be called the best of the bunch . . . In Mr. Kennedy's Albany, as in William Faulkner's Yoknapatawpha County, the past is never past. Changó's Beads and Two-Tone Shoes is invigorated by this same blending of new and old, of progress and recurrence . . . there's more shot and incidence in Changó than in any novel of Mr. Kennedy's since Legs . . . the style here has the sleekness and strength of good crime noir." — Sam Sacks, Wall Street Journal

"Vivid and charming . . . Kennedy, now in his 80s, is in the embrace of nostalgia as he looks back on the adventures of his youth, and this gives the novel much of its not inconsiderable appeal . . . He is a fluid, engaging prose stylist, and frequently a witty one . . . Kennedy has maintained a high level of achievement throughout [his Albany Cycle], deftly blending comedy and drama as, over the years, he has painted a portrait of a single city perhaps unique in American fiction." — Jonathan Yardley, The Washington Post

“A rich, rewarding novel that reads like a three-act play, spanning the years from 1936 to 1968, with several forms of revolution serving as narrative threads . . . The novel is as intricate as it is brilliant.” --Betsy Willeford, The Miami Herald