A Perfect Spy: A Novel (Paperback) 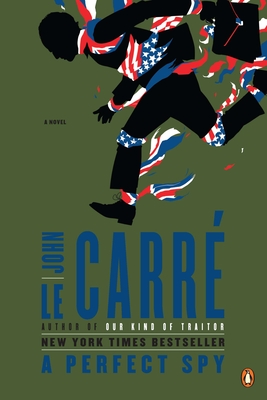 
“The best English novel since the war.” -- Philip Roth

Over the course of his seemingly irreproachable life, Magnus Pym has been all things to all people: a devoted family man, a trusted colleague, a loyal friend—and the perfect spy. But in the wake of his estranged father’s death, Magnus vanishes, and the British Secret Service is up in arms. Is it grief, or is the reason for his disappearance more sinister? And who is the mysterious man with the sad moustache who also seems to be looking for Magnus?

In A Perfect Spy, John le Carré has crafted one of his crowning masterpieces, interweaving a moving and unusual coming-of-age story with a morally tangled chronicle of modern espionage.

“Le Carré’s best book, and one of the finest English novels of the twentieth century.”—Philip Pullman

“The best English novel since the war.”—Philip Roth

“Le Carré’s best book, one of the enduring peaks of imaginative literature in our time.”—Los Angeles Times