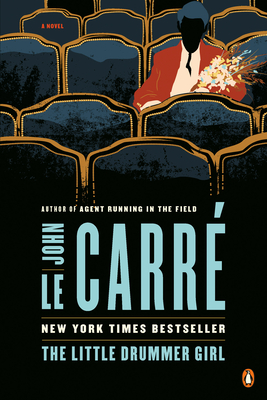 As good an espionage novel as you can find and current as when it was first published in 1983. In this tale of trust and betrayal, an out-of-work actress is hired by the Israelis to set up a Palestinian terrorist.

"You want to catch the lion, first you tether the goat."

On holiday in Mykonos, Charlie wants only sunny days and a brief escape from England’s bourgeois dreariness. Then a handsome stranger lures the aspiring actress away from her pals—but his intentions are far from romantic. Joseph is an Israeli intelligence officer, and Charlie has been wooed to flush out the leader of a Palestinian terrorist group responsible for a string of deadly bombings. Still uncertain of her own allegiances, she debuts in the role of a lifetime as a double agent in the “theatre of the real.”

Haunting and deeply atmospheric, John le Carré’s The Little Drummer Girl is a virtuoso performance and a powerful examination of morality and justice.

With an introduction by the author.

“A work of enormous power and artistry; no mere ‘entertainment’…but fiction on a grand scale.”—The Washington Post