The Riddle of the Sands: A Record of Secret Service (Paperback) 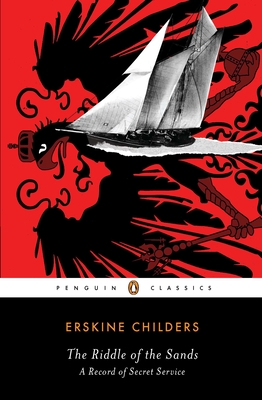 One of the first-and best-espionage novels. Childers forecast political and military action at the start of the First World War

One of the first-and best-espionage novels. Childers forecast political and military action at the start of the First World War — Louise Jones

Loosely based on the author's own experiences, The Riddle of the Sands takes readers back to the early days of the twentieth century, when Britain shared a tense rivalry with the Kaiser's Germany. Tempted by the idea of duck shooting, Carruthers is lured by his friend Davies into a yachting expedition in the Baltic, only to discover that the itinerary involves more than killing fowl. Soon they're on a wild journey of intrigue, meeting danger at every turn, and ultimately unraveling Germany's secret plans to invade England. Tautly written and full of unexpected twists, this is a timeless work of espionage fiction.

Erskine Childers (1870-1922) was an expert yachtsman whose sailing experiences were fictionalized in The Riddle of the Sands. An Irish nationalist, he was executed by the authorities of the nascent Irish Free State during the Irish Civil War. Bernard Knox is director emeritus of Harvard's Center for Hellenic Studies in Washington, D.C.