A Matter of Profit (Paperback) 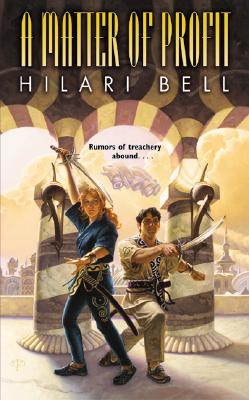 A sci-fi/fantasy adventure that takes the young Ahvrem into a world he thinks he knows. What he finds is far beyond what he imagined. This is a fantastic novel for readers of the genre and wanted to be introduced to sci-fi/fantsy, or those looking for a different read. Great for ages 12 and up. — Jeanette

Ahvren is fed up with war, but as a Vivitare soldier he must fight or risk dishonoring his family. His sister, Sabri, who dreams of freedom, is being forced to marry the emperor's loathsome son. The only chance either of them have to escape is if Ahvren can solve the mystery of the T'Chin in time. Why did forty planets of alien races surrender to the Vivitare without a fight? What is their strange preoccupation with matters of "profit"? And, most importantly, is there any truth to the rumors that the Vivitare emperor himself may soon be the target of an assassin?