The Flip Side: A Novel (Paperback) | Northshire Bookstore
Skip to main content

The Flip Side: A Novel (Paperback) 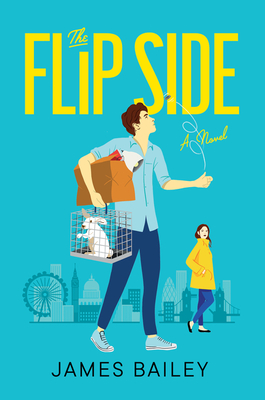 By James Bailey
$15.99
Click Title for IN STOCK Location

Penny wise or pound foolish? A heartbroken young Brit decides to turn his love life over to the flip of a coin—in this delightfully British rom-com in the vein of Jenny Colgan, Rosie Curtis, Nick Hornby, and David Nicholls.

To coin a phrase, Josh is suffering a quarter-life crisis. He just broke up with his long-term girlfriend, lost his job, and moved back home with his parents (shudder). Welcome to rock bottom in Bristol. As Josh starts questioning all his life choices, he has a mad thought: Maybe he would just be better flipping a coin. After all, careful planning has landed him homeless, jobless, and single.

What starts as a joke soon becomes serious and Josh decides to start putting his faith in the capriciousness of currency. He doesn’t have anything to lose.

But when the chance of a lifetime and the girl of his dreams are on the line, will the coin guide him to a rich love life or leave him flat broke?

James Bailey was born in Bristol, England, and currently lives and works in his home city. A graduate of King's College London, James has previously carried the Olympic torch, made a speech at the House of Commons, and worked as a red-carpet reporter. The Flip Side is his debut novel.

"Romcom fans will fall in love with the cheeky charm and wry wit of Bailey’s infectiously fun debut, which offers readers a delightfully bloke-centered counterpart to Bridget Jones and her diary."