The Secret Life of Dorothy Soames: A Memoir (Hardcover) 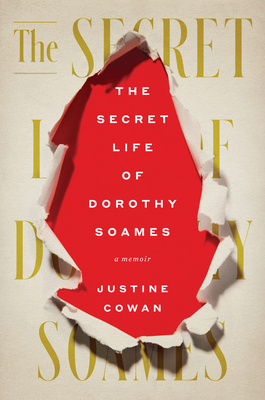 In this often heartbreaking combination of biography, memoir and social history the author explores her relationship with her difficult, demanding mother Eileen, the “Dorothy Soames” of the title. Unknown to the author, her mother was illegitimate and had been given up to London’s Foundling Home. Dating back to the 1700s, it was founded as a home for illegitimate children, originally to raise them and train them for service. Although physical needs were met, emotional ones often were not. Given the childhood trauma she endured, Eileen had tremendous difficulty nurturing her daughter and consequently Cowan became estranged from her. It was not until after her mother’s death that she began to look into her mother’s history and try to begin to understand her. This often sad memoir reminds us that often we don’t appreciate what hardship or emotional pain some difficult people we have known may have endured. Cowan’s book is a brave and honest effort to come to terms with how the harms inflicted on one person ripple down to the next generation. — Tambra Johnson Reap

“Far from growing up in the wealthy, fox-hunting circles she had always suggested, her mother had in fact been raised in a foundling hospital for the children of unwed women.” — Editor’s Choice, The New York Times Book Review

“This emotional and transatlantic journey is a page-turner.” — Editor’s Pick, Amazon Book Review

“Book groups will find as much to discuss here as they have with The Glass Castle by Jeannette Walls, and Educated by Tara Westover.” — BookList

Recommended by The New York Times, The Saturday Evening Post, Amazon Book Review, The Atlanta Journal Constitution, Publisher’s Weekly, Kirkus and more, Justine Cowan’s remarkable true story of how she uncovered her mother’s upbringing as a foundling at London’s Hospital for the Maintenance and Education of Exposed and Deserted Young Children has received acclaim on both sides of the Atlantic. In the U.K., it has been featured in The Mail on Sunday, The Daily Mail, The Daily Mirror and The Spectator. The Telegraph calls it “extraordinary and Glamour magazine chose it as the best new book based on real life.

The story begins when Justine found her often volatile mother in an unlit room writing a name over and over again, one that she had never heard before and would not hear again for many years – Dorothy Soames. Thirty years later, overcome with grief following her mother’s death, Justine found herself drawn back to the past, uncovering a mystery that stretched back to the early years of World War II and beyond, into the dark corridors of the Hospital for the Maintenance and Education of Exposed and Deserted Young Children. Established in the eighteenth century to raise “bastard” children to clean chamber pots for England’s ruling class, the institution was tied to some of history’s most influential figures and events. From its role in the development of solitary confinement and human medical experimentation to the creation of the British Museum and the Royal Academy of Arts, its impact on Western culture continues to reverberate. It is the reason we read Dickens’ Oliver Twist and enjoy Handel’s Messiah each Christmas.

It was also the environment that shaped a young girl known as Dorothy Soames, who bravely withstood years of physical and emotional abuse at the hands of a sadistic headmistress—a resilient child whose only hope would be a daring escape as German bombers rained death from the skies.

Heartbreaking, surprising, and unforgettable, The Secret Life of Dorothy Soames is the true story of one woman’s quest to understand the secrets that had poisoned her mother’s mind, and her startling discovery that her family’s fate had been sealed centuries before.

Justine Cowan was born and raised in the San Francisco Bay Area. Growing up wandering through California’s majestic redwood forests, she became a passionate environmentalist, and has spent most of her career working to protect our nation’s natural resources. Justine is grateful to her readers and enjoys interacting with them through book clubs and social media. Visit her website at www.justinecowan.com to learn more about how to schedule a virtual visit for your next book club gathering.

"The Secret Life of Dorothy Soames is the gripping true story of a daughter’s quest to find the truth about her mother’s origins—and, in the process, come to terms with her own life and choices. As she uncovers an increasingly dramatic tale of abuse, escape, and recovery, Justine Cowan must grapple with her complex feelings about this woman who, as she comes to learn, never had a real childhood of her own.  A riveting, heartbreaking, and ultimately healing journey of discovery."
— Christina Baker Kline, author of #1 New York Times bestseller Orphan Train

“‘I didn’t love my mother,’ Cowan declares. But this investigation into her mother’s life is equal parts memoir and love letter to the difficult, occasionally cruel woman who was not the person she claimed to be. Cowan has the doggedness of a public interest lawyer and a writer’s eye for detail.”

“This emotional and transatlantic journey is a page-turner about identity, the sacrifices mothers make for their children, how cruel society could be to unmarried mothers at the turn of the century in England, and the history of the Foundling Hospital.”
— Amazon Book Review, Editor’s Pick

“Justine Cowan's extraordinary memoir The Secret Life of Dorothy Soames tells the story of her mother's harrowing childhood. Although telling a deeply personal story, she painstakingly gathers her material as if assembling testimony for a day in court. The result is this fascinating, moving book; part history of the Foundling Hospital and the development of child psychology, part Cowan’s own story, and part that of Dorothy Soames (the name Cowan’s mother was given at the hospital).”
— Telegraph (UK)

“A brutal institution is at the centre of this affecting family mystery. . . . As a social history of the Foundling Hospital, this is a fascinating read.”
— The Times (UK)

“Book groups will find as much to discuss here as they have with The Glass Castle by Jeannette Walls, and Educated, by Tara Westover.”
— Booklist

“Well-researched and highly personal, the book presents a fascinating narrative tapestry that both informs and moves. A candidly illuminating debut memoir.”
— Kirkus Reviews

"This frank account of a real-life Dickensian dystopia captivates at every turn."
— Publishers Weekly

"Part investigative journalism, part emotional excavation, this breathtaking and heartbreaking book tells the story of a daughter’s need to understand her difficult mother. An unexpected and original addition to the mother/daughter memoir oeuvre, The Secret Life of Dorothy Soames is both moving and artful, rewarding its readers page after page."
— Adrienne Brodeur, bestselling author of Wild Game: My Mother, Her Secret and Me

"Page-turning and profoundly moving. Justine Cowan's meticulous research has uncovered a strand of British history and she brings it sharply and vividly to life through her personal quest."
— Virginia Nicholson, author of Among the Bohemians