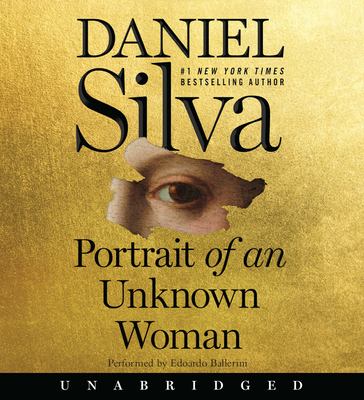 Legendary spy and art restorer Gabriel Allon has at long last severed ties with Israeli intelligence and settled quietly in Venice, the only place where he has ever truly known peace. His beautiful wife, Chiara, has taken over the day-to-day management of the Tiepolo Restoration Company, and their two young children are discreetly enrolled in a neighborhood scuola elementare. For his part, Gabriel spends his days wandering the streets and canals of the watery city, bidding farewell to the demons of his tragic, violent past.

But when the eccentric London art dealer Julian Isherwood asks Gabriel to investigate the circumstances surrounding the rediscovery and lucrative sale of a centuries-old painting, he is drawn into a deadly game of cat and mouse where nothing is as it seems.

Gabriel soon discovers that the work in question, a portrait of an unidentified woman attributed to Sir Anthony van Dyck, is almost certainly a fiendishly clever fake. To find the mysterious figure who painted it—and uncover a multibillion-dollar fraud at the pinnacle of the art world—Gabriel conceives one of the most elaborate deceptions of his career. If it is to succeed, he must become the very mirror image of the man he seeks: the greatest art forger the world has ever known.

Stylish, sophisticated, and ingeniously plotted, Portrait of an Unknown Woman is a wildly entertaining journey through the dark side of the art world—a place where unscrupulous dealers routinely deceive their customers and deep-pocketed investors treat great paintings as though they were just another asset class to be bought and sold at a profit. From its elegant opening to the shocking twists of its climax, the novel is a tour de force of storytelling and one of the finest pieces of heist fiction ever written. And it is still more proof that, when it comes to international intrigue and suspense, Daniel Silva has no equal.

Daniel Silva is the award-winning, #1  New York Times bestselling author of The Unlikely Spy, The Mark of the Assassin, The Marching Season, The Kill Artist, The English Assassin, The Confessor, A Death in Vienna, Prince of Fire, The Messenger, The Secret Servant, Moscow Rules, The Defector, The Rembrandt Affair, Portrait of a Spy, The Fallen Angel, The English Girl, The Heist, The English Spy, The Black Widow, House of Spies, The Other Woman, The New Girl, and The Order.  He is best known for his long-running thriller series starring spy and art restorer Gabriel Allon. Silva’s books are critically acclaimed bestsellers around the world and have been translated into more than 30 languages. He resides in Florida with his wife, television journalist Jamie Gangel, and their twins, Lily and Nicholas. For more information visit www.danielsilvabooks.com

Edoardo ballerini was nominated for a 2012 Audie Award for his recording of The Land of Laughs. He has also received four Earphones Awards from AudioFile Magazine. On screen, Edoardo is best known for his work in the television series The Sopranos, Boardwalk Empire, and 24, as well as the films Dinner Rush and Romeo Must Die.